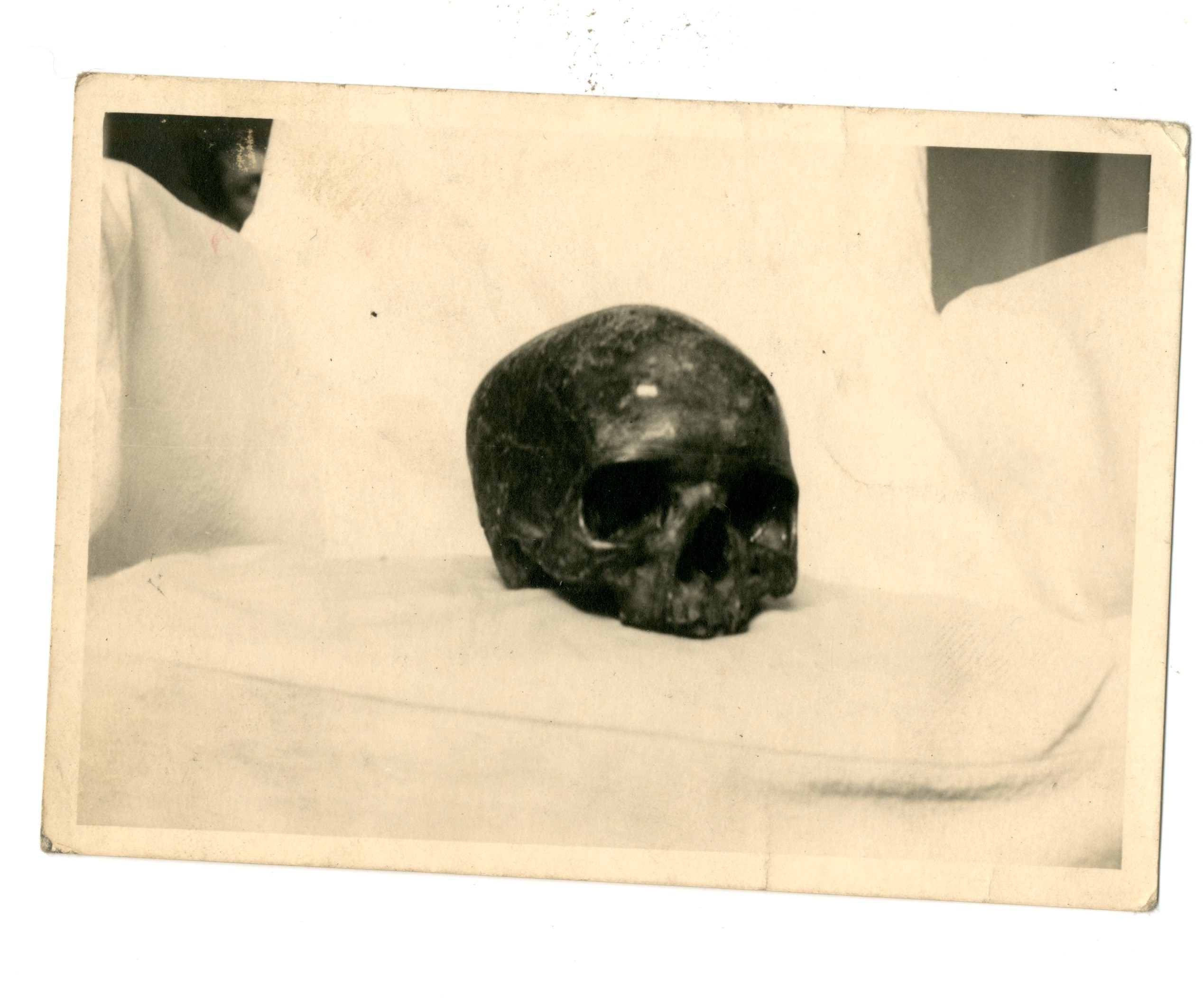 All is not quite what it seems in the bustling Pinney household. There are rumours of ghosts that roam the halls, tales of ghouls that scare the staff and sightings of spirits that send shivers up the spines of visitors. This Halloween the Legend of the Screaming Skull is revealed…

During research for Small Stories a fascinating and eerie tale emerged surrounding the house that had once belonged to Betty Pinney. Now one of the grandest residences in the exhibition, the dolls’ house was renovated in Pinney’s marital home, Bettiscombe Manor. The tale begins hundreds of years ago in the rolling hills of Dorset, where the house still stands.

One of the previous owners of the house brought one of his most faithful slaves back with him from the West Indies. Sadly, the slave soon succumbed to a fatal illness, but before passing away he made clear that his dying wish was to be buried in his homeland or else the house would be cursed! The warning was ignored and the body of the slave was buried in the local churchyard. After that, strange things started to happen in the house – screams were heard within the halls, crops failed, animals died and the house itself shook in its very foundations! In an attempt to stop the ghostly goings-on the body of the slave was exhumed and his skull taken into the house. The hauntings did cease after that, but the legend goes that if anyone should ever move the skull they will be struck down dead within the year!

The haunted corridors have now been miniaturised and the spooky tale bought to life for the exhibition. As the clock strikes midnight a piercing scream can be heard echoing through the lonely halls of Bettiscombe Manor. You’ll have to have your wits about you when you visit the house in the exhibition. Don’t forget to keep your eye out for the haunted skull in the saloon and remember, if you hear an ear-piercing shriek tonight you know the Screaming Skull of Bettiscombe Manor has found you!

(with thanks to Sophie Sage for this guest blog post)