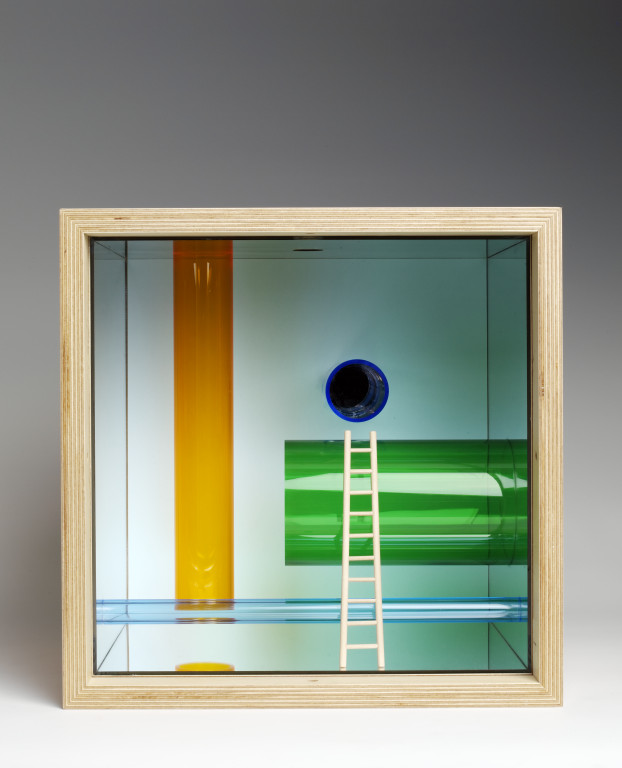 If you don’t know where you are going, any road will get you there… (Lewis Carroll, Alice’s Adventures in Wonderland)

PearsonLloyd are a commercial design company that have done a great deal of work in the public realm creating street furniture and wayfinding, such as maps and road signs. Their Dream House room, however, is titled after a quote from the Cheshire Cat – the most elusive of wayfinding devices, and the enclosed space of the room invites the viewer to get lost.

“The room is inspired by the surrealism and oddness of dreams so beautifully brought to life in Lewis Caroll’s ‘Alice in Wonderland’. It presents the room as a physical as well as abstract access point to those dreams, where the destination is unknown and magical. The room is both a playground and an in between space where you are just as likely to simply pass through as hang around. What lies beyond is simply a matter of dreams… and the imagination.”

As designers of working environments, Pearson Lloyd create hard-working designs built on flexibility and adaptability. They promote craftsmanship and high quality even in mass-produced objects.

See more of what they do.