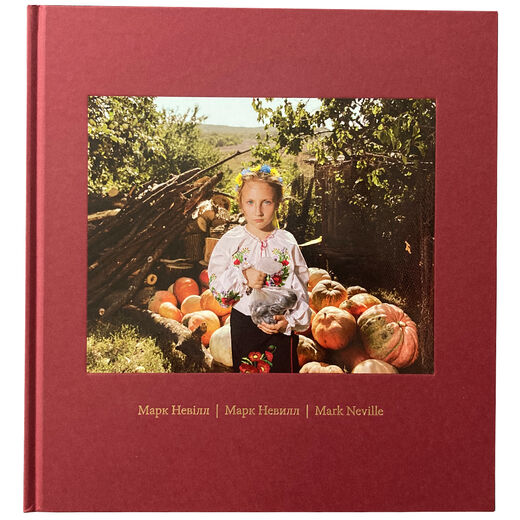 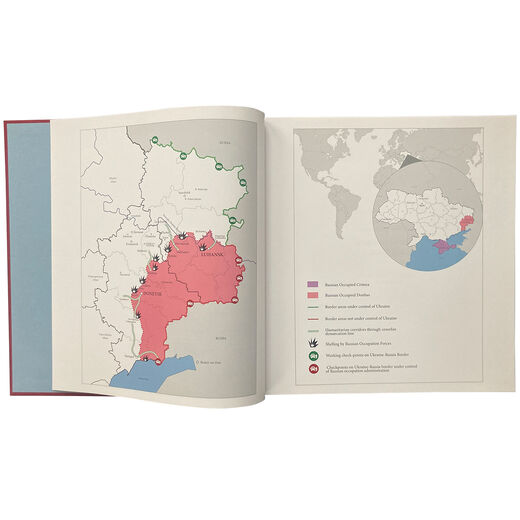 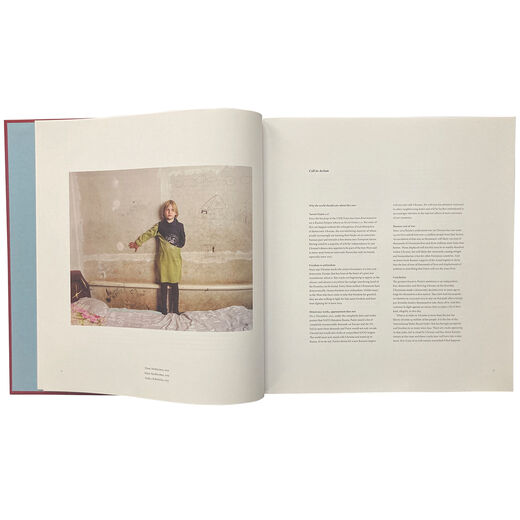 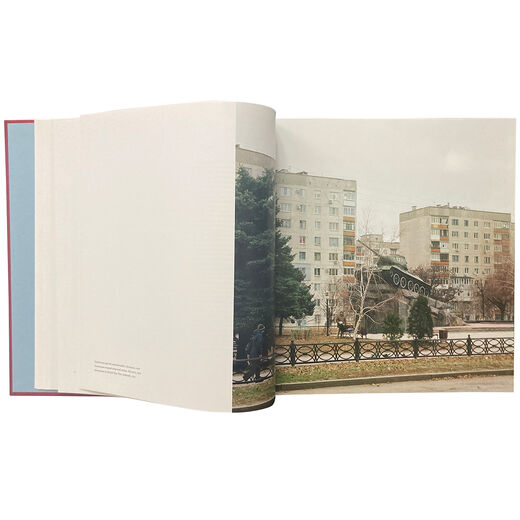 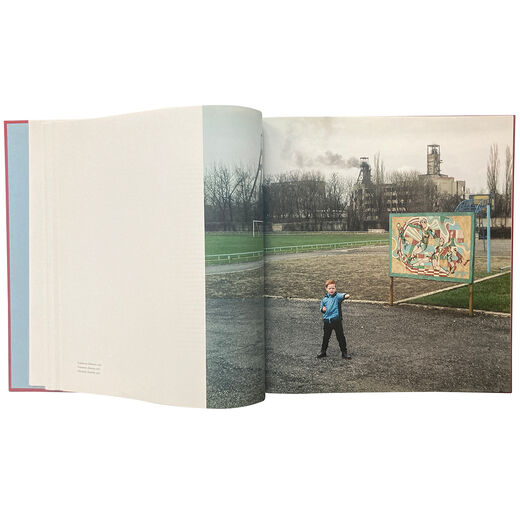 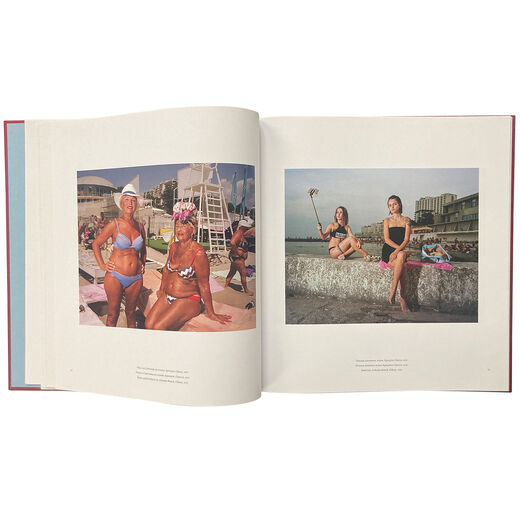 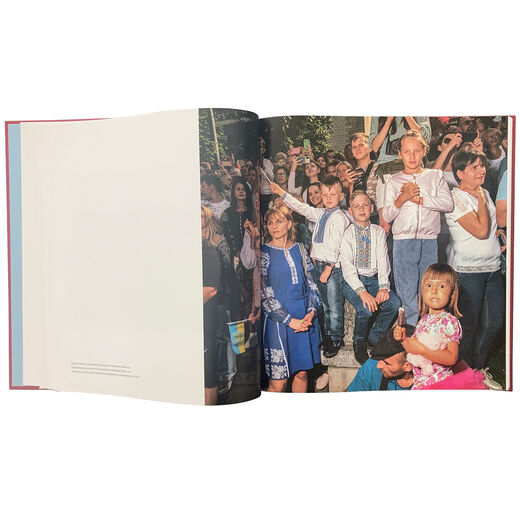 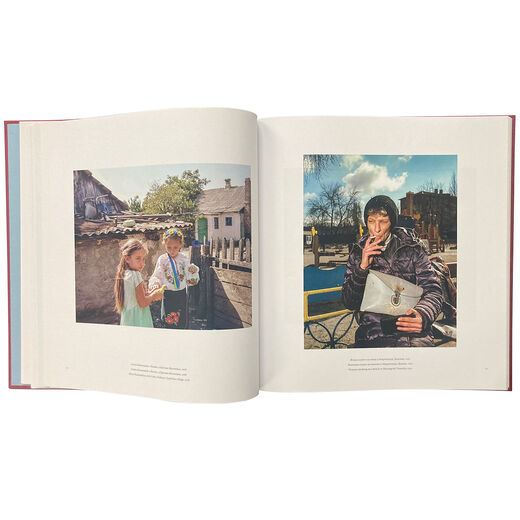 In 2016 I began work on a book project called ‘Stop Tanks With Books’. The concept was to weaponise the medium to effect change. We always had two aims. The first was to garner international support for Ukraine in its’ continuing fight for independence, help end Russian aggression in Donbas, and call for the withdrawal of Russia from Crimea. The second aim was to counteract the wealth of fake news and racist disinformation the Kremlin was generating - material that Western media was often perpetuating and reproducing unchallenged and unchecked - by presenting real portraits of Ukrainians. The book would be sent out for free to a target audience of diplomats, politicians, peace negotiators, celebrities, NATO and EU members - everyone, in short, who we felt had it in their power to help Ukraine. By 2019, and after several intense editing sessions with David Campany, the book was ready in embryonic form, with each word in the book translated into three languages; Ukrainian, English, and Russian.

Then we waited for the books’ initial publisher to go to print. We waited and we pushed and we waited again. We repeatedly explained the urgency of the situation, that a full-blown invasion of Ukraine by Russia would happen imminently. But there was still no movement. Meanwhile, in October 2020, I moved my home and studio completely from London to start a new life in Kyiv, Ukraine. In late November 2021, I very fortunately decided to approach the publisher Nazraeli Press in California, who immediately recognized the urgency of the book and the threat from Russia. This was a real turning point in the project. Chris at Nazraeli Press worked tirelessly with me throughout the following ten weeks to get the book’s design formed so it might best deliver our urgent message about deterring an imminent war. The printer in Istanbul, MAS matbaa, also recognising the urgency, dropped everything to print the book at top speed so that the book might start to do its work and galvanise the international community to act before it was too late. He even designed and made packaging and helped get the books posted.

We then put in place ‘book HQs’, in London, Paris, Berlin, Brussels, and New York, where centralized hubs could work to send out the 750 copies I could afford to print. Carrie Scott, Lou Stoppard (who I work with on another book which will embrace events in Ukraine), Tanya Logacheva, Anna Yavorska, Ed Mayor, Mattia Nelles, Gwen Sasse, David Campany, Alexandra Prysiazhniuk…these are some of the many people who have worked non-stop to both assemble the recipient lists and to physically get the books delivered as soon as humanly possible. Four days before the Russian invasion of Ukraine we had succeeded in sending out about 150 to 200 of the complimentary copies. It is now day 11 of the war and a further 400 copies have been, or are about to be, sent out.

Making Stop Tanks With Books was my attempt to fight Russian aggression. My photographs, Lyuba Yakimchuk’s incredible short stories about living in Russian occupied Donbas, the research carried out by ZOiS about the 2.5 million people already displaced by the war, by 2018, and the ‘call to action’ are interwoven here not just to provoke empathy, but also to provide a clearer understanding of this brave, kind, misrepresented nation.

Ukrainians demand military, financial, humanitarian, and political help. It is of the utmost urgency to provide weapons, ammunition, and medical supplies, direct financial help to stabilize the economy and rebuild infrastructure, as well as humanitarian aid into Ukraine and on the borders. At the same time, Ukraine deserves a clear path towards EU and NATO membership. Most of all, as I write this on March 6th, we need NATO to impose a no-fly zone over Ukraine to stop the bombing of innocent men, women, and children. We still have copies of our book left, please help us get these to their target audience. If you know someone in a position of power, please contact me and we will send them a complimentary copy of our book with the most current ‘call to action’.