Modernism is often reduced to a set of principles that emphasised strict geometry, a lack of ornament and the triumph of machine-made construction. Nature and the natural world seemed to have no place in this formal, functional landscape. Finnish designer and architect Alvar Aalto, however, together with his wife Aino, advanced the notion that human emotion and natural forms could be used as a source of organic architecture and design while also remaining rationally and structurally modern.

Alvar Aalto was a giant of the Modernist scene, without ever abiding by the strict rules of high Modernism. Brought up amidst a stark Finnish forest landscape, he grew to consider nature unforgiving as well as nurturing. His design for the Paimio Sanitorium – an isolation hospital for tuberculosis patients in the forest east of Turku, southwest Finland – is considered a pinnacle of International Modernism, and "one of the most impressive buildings of the 20th century" (Architectural Digest).

The Sanitorium's connection to nature is twofold: first, nature is understood to be hygienic and health-giving – patients were able to rest on sun-drenched balconies and roof terraces. Second, the facility's furniture, all of which was crafted by Aalto and his first wife Aino, was made specifically to provide a degree of comfort to those ailing from a pulmonary disease. Tubular steel was a signature design material for Modernists, but in the Sanitorium, Aalto returned to the warmth and comfort of wood. His pleasing, wood-based furniture was full of undulating lines without the outward appearance of 'mass production' because, as he insisted, "the process of mechanisation, having been the prime cause of change in society, now threatens to smother its initial objective".

Aalto's inpsiration
In 1927 Aalto had ordered many pieces of metal furniture designed by Marcel Breuer for his own house. Aalto quickly saw the limitations of these metal chairs: their ease in transmitting heat and cold, their harsh reflective surfaces, and their lack of comfort. The following year Aalto designed his first cantilevered chair, made from tubular-steel legs, but with the addition of a plywood seat.

Adding bentwood strips of plywood to the design marked a transition between Aalto's attempts to create cantilevered chairs with tubular-steel bases, and his move to designing two-legged chairs entirely in wood. The all-wooden chair designed for the Sanitorium required considerable development: a child's version of this chair had been designed in 1931 – 2, but an adult-sized chair required relatively thick, springy legs to support the sitter. The legs were made from moulded, laminated Finnish birch and the seat from much thinner birch plywood. The nature of the material was emphasised by the choice, in this example, of birch with a curly figure or grain for the seat and back. The design exploits the unique tensile strength of thickly laminated wood, and the fact that plywood can be made very thin if it is supported.

Anxious to provide seating that was as welcoming and comfortable as possible, Aalto again opted for an all-wood construction in his armchair design for the lecture hall at Paimio. Aalto and his friend Otto Korhonen spent a considerable amount of time researching new industrial methods of forming plywood sheets, especially because the birchwood readily found in Finland was not as flexible as the beechwood used by other companies, such as the Austrian manufacturers Thonet-Mundus. By the mid-1930s, Aalto had mastered the possibilities of forming plywood in hot metal presses: the freeform curve of the seat and back is both an expression of the free will of the artist and a masterly deployment of the elasticity of the material. Alternate versions also included an upholstered seat. These armchairs, manufactured for sale by Otto Korhonen's firm, and from 1935 by Artek (the Finnish furniture design company co-founded by the Aaltos), became among the most successful of Aalto's designs.

Seemingly simple, Aalto's stacking stools represented a huge advance in manufacturing, and many thousands were produced. Aalto wanted to devise a method of created rigid bent elements that could simultaneously serve as the leg and support for a seat. He called the standard leg of his three-legged stools the 'Doric' leg or the 'bent knee'. Aalto and Korhonen patented (in Scandinavia and Britain) the method by which the Doric legs were formed: thin sawcuts were made along the grain of a piece of birch wood (most of the length of which formed the leg), thereby allowing the necessary flexibility to bend the piece at the top. Into these slots were glued thin sheets of veneer, which, when set, maintained the right-angle bend. At first, the L-shaped legs had to be manufactured by hand, forming the tight curve out of the separate veneers of wood as it was glued, but a machine was soon developed that could perform this action in a hot press. The stool is reduced to its basic industrial components: an L-shaped leg and a circular top. Dozens of stools could be stacked in a corner, and the resultant spiralling form became a motif among displays of Aalto furniture in the 1930s, and ever since.

The basic bent leg is a classic development of Modernist thinking without the hard and cold qualities of metal construction. In modified form the three-legged stools are still produced today in huge quantities, meeting the basic need of robust additional seating.

Aalto's furniture was imported into Britain by the company Finmar. This company was founded in 1934 by Philip Morton Shand and Geoffrey Boumphrey following the success of an exhibition of Aalto furniture that they had arranged the previous year. It was sold to progressive furniture retailers such as Heal's and Bowman's and was used in both domestic and public buildings. The above example is from a design first produced in 1929, although this chair must date from after 1934. It has a birch frame with laminated plywood seat and back.

Aalto was a proponent of gesamtkunstwerk, or total work of art, a concept evidenced in his desire for control over every aspect of the Paimio interior. He produced everything from plates and dishes to door handles and fittings for clients in Finland and beyond. After winning a competition organised by prominent Finnish glassworks Karhula and Iittala in 1936, ten of Aalto's winning sketches (initially known by the intriguing title Eskimoerindens Skinnbuxa, or Eskimo-Woman's Leather Breeches) were produced for the 1937 International Exhibition in Paris (whose Finnish Pavilion was also designed by Aalto). Alvar's curvaceous vase was then used by Aino and Alvar when they custom designed the furnishings and fixtures for the Savoy Restaurant in Helsinki, giving the piece its common name.

The organic, sinuous shapes that Aalto brought to his birchwood chairs was to become a thematic trend in his furnishings. The inspiration for the Savoy vase – if not the knickers of Eskimo women – has been widely disputed. Some suggest it represents the Finnish landscape, while others see it as the lines of a section cut from the base of a tree. Perhaps its fluid nature prefigures the liquids that it would encapsulate. Indeed, Aalto himself "alleged that the lines of the vase were prompted to him by the captivating shape of a puddle". Critics suggest, however, that the free-form theme could already be found in the Art Nouveau designs of Finnish architect Eliel Saarinen and in vases produced by glassware manufacturers Orrefors.

Finally, the Aaltos' fastidious eye for detail, commitment to modernist ideals and close references to nature can be seen in Aino Aalto's Bölgeblick range of glassware. The complete range consisted of a pitcher, tumbler, sugar bowl, creamer, plates and bowls of various sizes, and possibly a vase. In 1932 Aino entered the designs in the Karhula-Iittala design competition and came second. The pieces were slightly modified for the Milan Triennale in 1936 and earned her a gold medal.

Similar to the Aaltos' bent-knee stool, the Bölgeblick tumblers were praised for being stackable. This supreme functionality, on top of their simplicity of design, has made them an icon of Modernism that has yet to go out of fashion. But it is their ringlets of concentric circles, like the waves formed from a drop of water, that attracts such attention. The Aaltos' dedication to 'natural geometry' imbues their works with functional yet wholly liveable designs.

The Aaltos' incorporation of the natural world seemed to run parallel to the 'un-natural' and uncompromising domain of Modernism, yet their influence was undeniable. The debate about the place of nature within architecture and design would forever be altered by their extraordinary oeuvre.

Find out more about Modernism and domestic design. 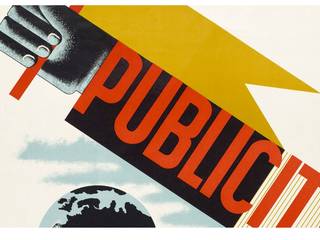