Graphic design has been central to the world's understanding of Pink Floyd as a creative force. Their collaboration with the Hipgnosis studio has resulted in some of the most recognisable record covers of all time, piercing the public consciousness again and again.

Pink Floyd's debut album, The Piper at the Gates of Dawn, was released in the UK on 5 August 1967, and two months later in America – arriving in a sleeve with kaleidoscopic band portraits taken by fashion photographer Vic Singh. Singh wanted an image that complemented the music. He shot the cover photo at his studio near London's Bond Street, through a prism lens given to him by George Harrison. The split imagery and the band's boutique clothing – including Syd Barrett's silk Thea Porter shirt – reinforced their otherworldly image.

The band members were adamant that their photograph should not feature on the cover of A Saucerful of Secrets, released in June 1968, but their record label insisted otherwise. As a compromise, Aubrey 'Po' Powell photographed the band in infra-red on London's Hampstead Heath, and surrounded the picture with a collage he calls 'cosmic swirls'. Hipgnosis, the design studio founded by Aubrey 'Po' Powell and Storm Thorgerson, created a hand-tinted collage that reflected both theirs and Pink Floyd's fascinations at the time. Powell remembers:

Marvel comics featuring the wonderful stories of Stan Lee and the character Dr Strange, alchemy, flying saucers. It was the era of Druids, astrology, the author John Michell and his theories about ley lines. We wanted to blend all these elements together.

When Thorgerson and Powell visited Abbey Road during the final sessions for the album, Richard 'Rick' Wright suggested that they break with tradition on their next cover design – Darkside of the Moon. "Rick said, 'For God's sake, let's not have another one of your surreal ideas'", recalls Powell. "He also told us how much he liked the packaging on a box of Black Magic chocolates – just black and white. He considered that a great piece of simple product design. Storm and I left the studio rather depressed".

Feeling starved of inspiration, Powell leafed through a physics textbook and stopped at a drawing of a glass paperweight on a piece of sheet music, with light streaming through a window to create a rainbow effect on the paper: "Storm saw it, clicked his fingers and said, 'that's it'".

The cover of Animals shows an inflatable pig drifting between the chimneys of Battersea Power Station. The idea for the pig came from Roger Waters rather than Hipgnosis, but Powell arranged for 14 photographers to shoot the inflatable (nicknamed 'Algie') from different locations around the power station. However, as soon as it was airborne, the rope snapped, the pig broke free, and was soon drifting towards 10,000 feet. "I had to call 999 from a phone box and tell the police", recalls Powell. "They stopped all flights in and out of Heathrow". The shoot eventually lasted three days, with the sky from the first day being combined with the images of the pig from the third using a dye-transfer. Powell notes that, "that first sky had this wonderful, broody Turner-esque quality to it, which suited the mood of the picture and the music".

The Division Bell was about communication, a theme brought to the fore by the lyrics of Polly Samson, David Gilmour's future wife. Thorgerson's cover image explored the idea on a grand scale, with two sculpted metal heads the height of a double-decker bus, partly based on the Aku-Aku statues on the Easter Islands. As a link to Pink Floyd's earliest days, the statues were photographed in a field in Ely, Cambridgeshire, with Ely Cathedral visible between the two heads, and with four lights between the mouths denoting speech. Viewers studying the image would soon notice a third 'face' between the two heads. "The single eyes of the two faces looking at each other become the two eyes of a single face looking at you, the viewer", explained Thorgerson, discussing what would be his final Pink Floyd studio album cover. 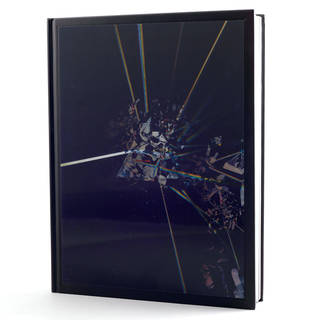 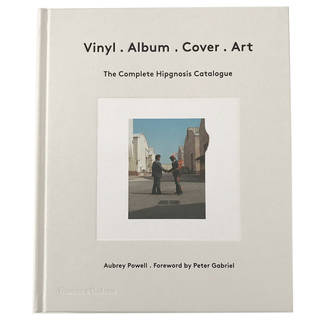 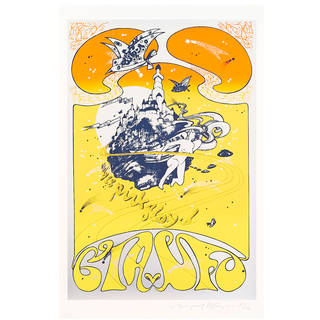