The Progress Pride flag was developed in 2018 by non-binary American artist and designer Daniel Quasar (who uses xe/xyr pronouns). Based on the iconic rainbow flag from 1978, the redesign celebrates the diversity of the LGBTQ community and calls for a more inclusive society. In 2020, the V&A acquired a bespoke applique version of the Progress Pride flag that can be seen on display in the Design 1900 – Now gallery.

The story of a design

'Progress' is a reinterpretation of multiple iterations of the pride flag. The original 'rainbow flag' was created by Gilbert Baker in 1978 to celebrate members of the gay and lesbian political movement. It comprised eight coloured stripes stacked on top of each other to evoke a rainbow, a symbol of hope. Baker assigned a specific meaning to each colour: pink for sex, red for life, orange for healing, yellow for sunlight, green for nature, turquoise for magic, indigo for serenity and violet for spirit. A year later the pink and turquoise stripes were dropped owing to a shortage of pink fabric at the time and legibility concerns, resulting in the six-colour rainbow flag most commonly used in the first decades of the 21st century.

Baker's flag was embraced internationally as the symbol of the LGBTQ community and inspired many designers and activists to create subsequent flags for more specific identities, such as the light blue, white and pink transgender flag, created by Monica Helms in 1999.

Today, the pride number of flags is considerable and illustrates the many identities that fall under the umbrella of the LGBTQ community. Because some subgroups are more visible than others, recent pride flag redesign projects have sought to increase the representation of discriminated minority identities within the community. In 2017, Philadelphia City Hall in the United States revealed a pride flag including black and brown stripes to highlight the discrimination of black and brown members of the community. A year later, the US city Seattle added five new colours to the rainbow flag: black and brown to represent people of colour, and pink, light blue and white to represent trans, gender non-binary, intersex and those across the gender spectrum.

Detractors of the Philadelphia and Seattle pride flags have criticised their legibility, explaining that stacking colours linked to identity on top of the original colours assigned to values confuses and lessens the community's message. Quasar resolved this design issue by placing the black, brown, light blue, pink and white stripes in the shape of an arrow, on the left of the Progress Pride flag. This solution not only sought to improve the flag's legibility, but also placed discriminated minorities at the forefront.

"The arrow points to the right to show forward movement […] and illustrates that progress [towards inclusivity] still needs to be made".

From one flag reboot to another, the coloured stripes are imbued with different meanings. For Quasar, the light blue, pink and white stripes represent trans and non-binary individuals and the brown and black ones represent marginalised People of Colour (POC) communities. The black stripe has a double meaning as it is also intended for "those living with AIDS and the stigma and prejudice surrounding them, and those who have been lost to the disease".

Quasar plays with the idea of a diverse community, and states that the fight for inclusivity needs to come from both within and outside the LGBTQ community – from all spheres of society:

"This new design forces the viewer to reflect on their own feelings towards the original Pride flag and its meaning, as well as the differing opinions on who that flag really represents, while also bringing into clear focus the current needs within our community".

The Progress flag was an immediate success. On 6 June 2018, Quasar posted the design on social media and woke up the following day to find it had gone viral. A Kickstarter campaign was launched to respond to the dozens of requests for merchandising. Through 508 backers, Quasar raised $25,802. The design was featured in publications such as Queer X Design: 50 Years of Signs, Symbols, Banners, Logos, and Graphic Art of LGBTQ by Andy Campbell and in articles by Forbes, BBC and Dezeen. It was widely adopted by the LGBTQ community and was carried at numerous Pride events and raised to the top of the Seattle Space Needle for Pride 2020. It also appeared on US TV in RuPaul's Drag Race in January 2021.

"I love seeing anyone using the flag in a way that makes them happy and proud to be themselves".

A blueprint in its own right

Subsequently released under a Creative Commons licence (allowing others to copy, distribute and make use of their work non-commercially), the Progress Pride flag has become a blueprint design used by identities underrepresented within the LGBTQ community. For London Pride 2019, a double-hoisted Progress flag, including the colours of the Bi-Pride flag was flown in front of City Hall. And in 2021, Valentino Vecchietti created the Intersex Progress flag. To respond to numerous requests of redesigns accommodating other identities, Quasar even developed merchandising in which the flag's arrow and background are interchangeable. This initiative shows that even the design of the flag is always a work in 'Progress'. 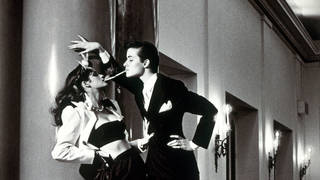