On 8 November 1914, the great French sculptor François Auguste René Rodin (1840 – 1917) gave the V&A 18 of his sculptures in honour of the French and British soldiers fighting side-by-side in the First World War.

Rodin's magnificent donation of 18 sculptures to the V&A at the outbreak of the First World War remains the greatest gift to the Museum by a living artist. The Rodin collection has now been seen and admired by millions of visitors to the Museum, but the path that led to its acquisition was not a smooth one.

While Rodin's career took off fairly slowly in France, in England a group of admirers, including W. E. Henley, Editor of the Magazine of Art, and the sculptor Alphonse Legros, began to promote his work in London. However, despite being warmly welcomed during visits in the early 1880s and exhibiting regularly at the Royal Academy, the art establishment was not united in its praise for his work. Partly for this reason, Rodin did not return to London until 1902 which was a turning point in his career. The bronze St John the Baptist was presented to the V&A after a committee of Rodin's supporters set up a subscription to acquire one of his pieces for the nation. At a celebratory dinner to honour the sculptor and the success of the subscription, Rodin was given a rapturous reception.

A decade later, his international reputation well established, the Rodin galleries opened at the Metropolitan Museum of Art, New York, displaying works given by the sculptor. In London his Burghers of Calais was acquired by the National Art Collections Fund (now the Art Fund).

In July 1914, a major exhibition of modern French Art took place in Grosvenor House, London. Rodin was the only sculptor to be represented, exhibiting alongside artists such as Cézanne, Gauguin, Monet, Degas, Renoir and van Gogh. The works on display included his marble Cupid and Psyche, terracotta Head of Dante, and 16 bronzes. Among the bronzes were several much-admired portraits, the Age of Bronze, a patriotically re-named La France, and a group of avant-garde, fragmentary sculptures which exemplified his later, more conceptual work.

The exhibition ended on 21 July 1914 and, when war was declared a fortnight later, the works were stranded in London. At Rodin's request, his friend, the British sculptor John Tweed, agreed to house the works in his studio where they were seen by Eric Maclagan, who was in charge of Architecture and Sculpture at the V&A. Maclagan became a key advocate of Rodin's work and the negotiator between Rodin and the Director of the V&A, Sir Cecil Smith (later, Harcourt Smith).

Maclagan wrote to Smith on 3 September 1914 to convince him to take the collection as a loan, stating, "I know that you do not much admire Rodin's work; but I do feel that this is an opportunity that ought not to be missed". He also argued that St John the Baptist was not a favourable example of Rodin's work and that Rodin might give the Age of Bronze to the V&A. He added, "We should, I think, be doing a public service to England and France in taking charge of the bronzes until they can go back to Paris". His sense of patriotism and politics may have been what eventually convinced Smith, who replied, "I suppose in normal circumstances a loan exhibition of modern French sculpture would be rather outside our function, would it not?" But he also felt that the situation was 'quite exceptional'. He suggested that the collection could be displayed in the Museum's spacious North Court (which had become available following the cancellation of an exhibition of Arts and Crafts due to the outbreak of war) writing, "I am not afraid of giving a good thing lots of room". He added a final caveat about insurance: "supposing a bomb were dropped on the museum, we take no responsibility".

On 14 September 1914, Rodin visited the V&A for lunch, accompanied by his friend and unofficial representative, John Tweed. The meeting was a success. Maclagan reported that Rodin had liked the Michelangelo wax, the Leontes figure, as well as the beer in the Museum café, and that he had mentioned the possibility of the gift of, "one or more pieces of sculpture later on". A six-month loan for the whole group was formally agreed and the works collected from Tweed. Maclagan then turned his thoughts to displaying the group.

As the war intensified, it became increasingly difficult to arrange for objects to be moved and prepared for display in the Museum as the majority of workmen left to go into service. When the sculptures were finally installed, Maclagan wrote to Rodin seeking his opinion. Rodin was absolutely delighted with the arrangement of the sculptures, which were juxtaposed with an imposing sculpted Buddha in the background. The display prompted him to consider a more permanent display.

Maclagan referred to the 'magnificent gift' in a letter to Rodin dated 28 October 1914 and two days later Smith wrote to Rodin that the display had attracted enormous interest and admiration and enthused about the possible prospect of the 'sculptures superbes' finding a permanent home in the V&A. Rodin replied to Smith on 5 November 1914 confirming the gift of the whole group, signing the Declaration of Gift on 8 November 1914.

On 11 November, Smith explained Rodin's momentous decision to the Secretary of the Board of Education, stating, "M. Rodin told me yesterday that it had been his intention to bequeath this collection, which he has been all his life forming, to the French Government. He has, however, been so much moved by the joint action of French and English troops in France that he has decided to offer it to us".

The English and French are brothers; your soldiers are fighting side by side with ours. As a little token of my admiration for your heroes, I decided to present the collection to England. That is all.

The Rodin gift to the Museum was seen by The Daily Telegraph as a monument, "not only to the British heroes who had fallen, but to those who live, and carry high the banner of freedom, side by side with their most valiant brethren of France". The Times (11 November 1914) claimed that, "There are very few artists in the whole history of art who could make a gift worthy of such an occasion, but M. Rodin is one of them".

One of Rodin's most enthusiastic admirers, Claude Phillips, described the gift as, "a monument of unsurpassable beauty and grandeur dedicated by one of the most famous of France's children, not only to the British heroes who had fallen but to those who live, and carry high the banner of freedom and civilisation, side by side with their most valiant brethren of France". (The Daily Telegraph, 12 November 1914).

At the V&A, the presentation of the gift to the public was itself the subject of dispute. Eventually, a simple notice stated:

TO THE VICTORIA AND ALBERT MUSEUM

IN HONOUR OF THE BRITISH

HIS COUNTRYMEN IN FRANCE

Alongside the sculptures in the West Hall, a portrait of Rodin painted the previous year by Sir John Lavery was displayed. He presented it to the Museum in November 1914 as, "a tribute from British Art" and "to reciprocate the sentiments which inspired Rodin to make his magnificent gift of sculpture". (Morning Post, 26 November 1914).

Rodin's gift to the Museum cemented widespread admiration for his work. A journalist in the Manchester Guardian (12 November 1914) summarised the feelings of the nation: "once looked upon as a dangerous artistic heretic whose work no sane person could sincerely admire, he has now an undisputed position as the greatest sculptor of his time".

Rodin's death on 17 November 1917 was marked by an outpouring of praise in the British media. His funeral was attended by official international representatives, including Sir Cecil Smith. Concurrently, a memorial service was held in St Margaret's Church, Westminster, organised by Rodin's old friend John Tweed. This was attended by many of his artistic admirers including Lavery, the sculptors Sir Thomas Brock, Hamo Thornycroft and Albert Toft, and the architect of the then new facade of the Museum, Sir Aston Webb.

A major memorial exhibition of Rodin's work was organised at the Museum in December 1917, with loans supplementing the Museum's works. One particular review of the show, published in Les Nouvelles, singled out the generally less appreciated fragmentary bronzes, describing them as, "works which are strange at first… deliberately rough and unfinished, when compared to the unrivalled technical perfection of the St John or The Age of Bronze, but what strength, what magnificence remains in these studies which recall excavated antique remains, and which in their elemental structure show an overflow of life, a dynamic expression and of truth which obsess the visitor".

The review expressed an early appreciation for Rodin's more personal and unconventional later work from an aesthetic point of view as well as in terms of their relationship to much earlier sculpture, which Rodin admired and collected. Although strongly influenced by Classical and Renaissance precedents, Rodin challenged long-standing notions of sculpture and beauty and paved the way for modernist works of the 20th century. 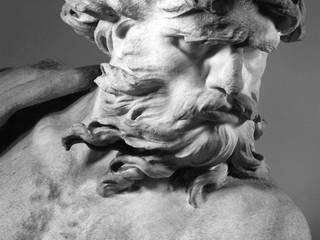