From Christmas cards to decorated trees and Christmas crackers, many of our best-known Christmas traditions are products of the Victorian era.

At the dawn of the 19th century, Christmas was hardly celebrated – at least, not in a way we would recognise today. Many businesses didn't consider it to be a holiday. Gift-giving had traditionally been a New Year activity, but moved as Christmas became more important to the Victorians. By the end of the century, Christmas had become the biggest annual celebration in the British calendar. Victorian advancements in technology, industry and infrastructure – as well as having an impact on society as a whole – made Christmas an occasion that many more British people could enjoy.

One of the most significant seasonal traditions to emerge from the Victorian era is the Christmas card. It was Sir Henry Cole, the first director of the V&A, who introduced the idea of the Christmas card in 1843. Cole commissioned the artist J.C. Horsley to design a festive scene for his seasonal greeting cards and had 1000 printed – those he didn't use himself were sold to the public. Later in the century, improvements to the chromolithographic printing process made buying and sending Christmas cards affordable for everyone.

The greater mechanisation and widespread industrialisation of the country had helped to create a new middle class with a greater disposable income. Increased prosperity across Britain saw a rising market for mass-produced toys, decorations and novelty items such as the Christmas cracker. Inspired by bon bons (French sweets wrapped in paper) he saw during a trip to Paris, sweetshop owner Tom Smith first invented the cracker in the 1840s. It wasn’t until the 1860s, when Smith perfected its explosive ‘bang’ that the Christmas cracker as we know it today became a popular seasonal staple. Along with a joke, gifts inside could range from small trinkets such as whistles and miniature dolls to more substantial items like jewellery.

The Victorian age placed great importance on family, so it follows that Christmas was celebrated at home. For many, the new railway networks made this possible. Those who had left the countryside to seek work in cities could return home for Christmas and spend their precious days off with loved ones. Family life was epitomised by the popular Queen Victoria, her husband Albert and their nine children. One of the most important Christmas traditions, the decorated Christmas tree, was a custom introduced to Britain by Prince Albert.

The idea of an indoor Christmas tree originated in Germany, where Albert was born. In 1848 the Illustrated London News published a drawing of the royal family celebrating around a tree bedecked with ornaments. The popularity of decorated Christmas trees grew quickly, and with it came a market for tree ornaments in bright colours and reflective materials that would shimmer and glitter in the candlelight.

Mechanisation and the improved printing process meant decorations could be mass-produced and advertised to eager buyers. The first advertisements for tree ornaments appeared in 1853. Victorians would often combine their sparkly bought decorations with candles and homemade edible treats, tied to the branches with ribbon.

Today, candles on the Christmas tree have been replaced by fairy lights, printed cards may be substituted with e-cards and we're more likely to find plastic knick-knacks in our crackers than jewellery. Our Christmas customs continue to be shaped by technological advancements and modern changes in society. How many of us do our Christmas shopping online, or Skype our families across the world on Christmas Day? But these new traditions are still rooted in the spirit of the Victorian Christmas – an integral part of the Christmas we celebrate today. 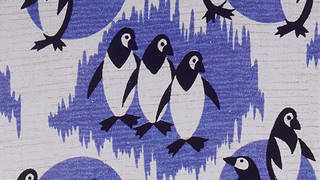