This elusive design style is notoriously difficult to define. So we asked some of Postmodernism's leading practitioners, including Charles Jencks, Robert A.M. Stern and Sir Terry Farrell – what does it mean to be Postmodern?

Postmodernism is one of the most controversial movements in art and design history. Over two decades, from about 1970 to 1990, Postmodernism shattered established ideas about art and design, bringing a new self-awareness about style itself. An unstable mix of the theatrical and theoretical, Postmoderism ranges from the ludicrous to the luxurious – a visually thrilling, multifaceted style.

Postmodernism was a drastic departure from the utopian visions of Modernism, which had been based on clarity and simplicity. The Modernists wanted to open a window onto a new world; Postmodernism's key principles were complexity and contradiction. If Modernist objects suggested utopia, progress and machine-like perfection, then the Postmodern object seemed to come from a dystopian and far-from-perfect future. Postmodern designers salvaged and distressed materials to produce an aesthetic of urban apocalypse.

Postmodernism had begun as a radical fringe movement in the 1970s, but became the dominant look of the 1980s, the 'designer decade'. Vivid colour, theatricality and exaggeration: everything was a style statement. Whether surfaces were glossy, faked or deliberately distressed, they reflected the desire to combine subversive statements with commercial appeal. Magazines and music were important mediums for disseminating this new phase of Postmodernism. The work of Italian designers – especially the groups Studio Alchymia and Memphis – was promoted across the world through publications like Domus. Meanwhile, the energy of post-punk subculture was broadcast far and wide through music videos and cutting-edge graphics. This was the moment of the New Wave: a few thrilling years when image was everything.

The excitement and complexity of Postmodernism were enormously influential in the 1980s. As the 'designer decade' wore on and the world economy boomed, Postmodernism became the preferred style of consumerism and corporate culture. Ultimately this was the undoing of the movement. Postmodernism collapsed under the weight of its own success, along with the self-regard that came with it. Yet in the 21st century we are still feeling its affects. It gave us a new way of looking at the world that holds today, and a style that is resurgent. 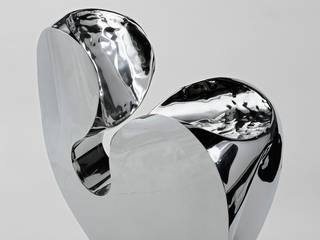