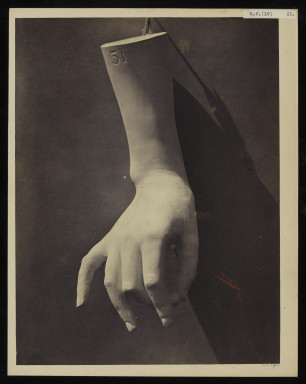 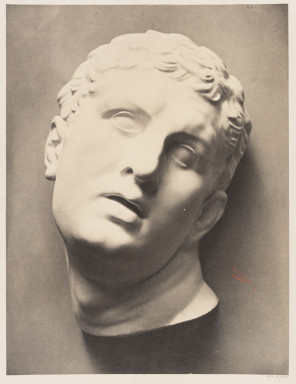 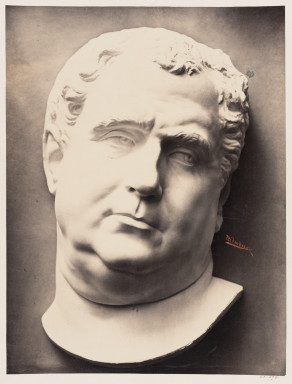 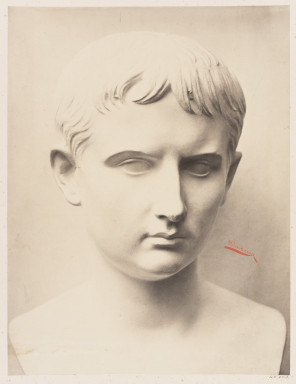 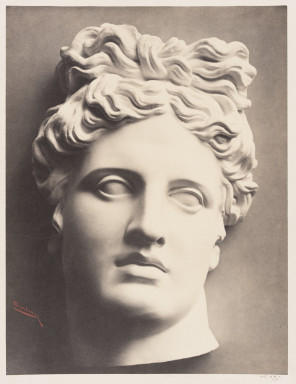 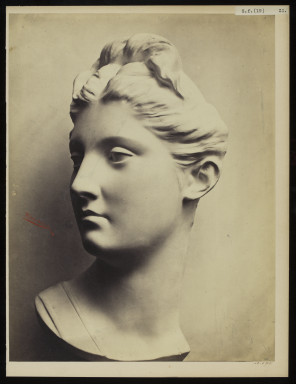 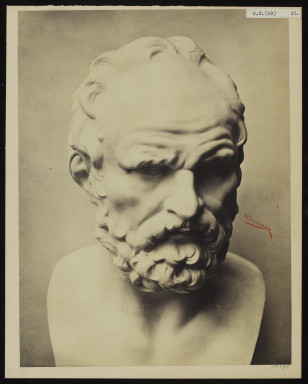 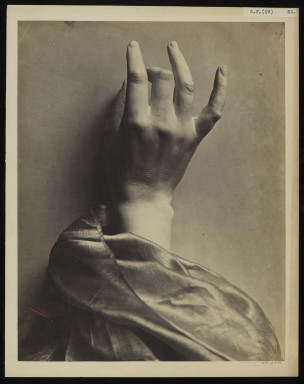 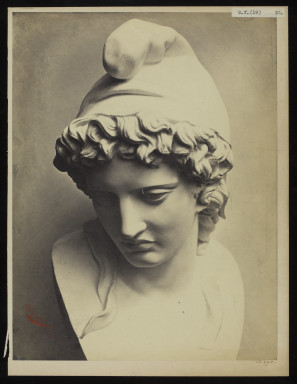 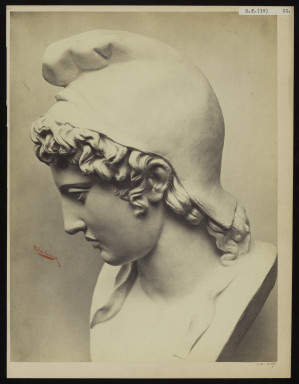 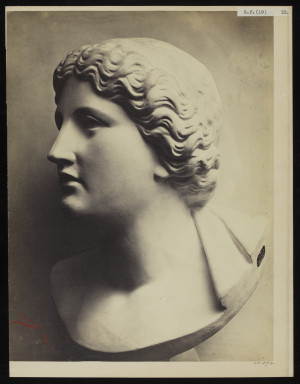 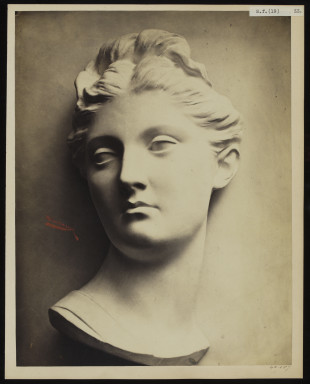 In October 1864, the National Art Library purchased these twelve photographs for the collection from the dealer Victor De La Rue. They were taken by Adolphe Bilordeaux, (1807-1870) and produced as a set titled ECOLES MUNICIPALES Etudes de Dessins d’apres l’Antique et les Grands Maîtres [Municipal Schools: Studies and Designs after the Antique and the Old Masters]. Each photograph depicts a plaster cast of a head or hand from an Antique sculpture. Despite the fact that the South Kensington Museum did not collect Greek or Roman sculpture (that was always the preserve of the British Museum), it did collect many photographs, drawings, books, and other secondary reference material relating to the style of the Antique. This was in order to fulfil its aim to educate people in good design, as study of the Classical ideals were still viewed as a central plank of art education in the 19th century. These photographs, therefore, seemed an entirely fitting purchase for the National Art Library.

That these photographs are of casts rather than of the original sculptures is interesting. To describe them as photographs of casts of sculptures makes them sound almost unworthy of a place in a museum, but I am often surprised by the fascinating layers of reproduction which were not only possible, but quite in vogue, in the mid-19th century (our current exhibition at the Venice Biennale explores that further – if you are lucky enough to be in Venice, do have a look!). There were of course practical advantages to photographing casts, in that they were far less precious and easier to bring to the studio than original sculptures. The matt surface of the plaster also allowed the photographer different lighting effects, compared to the more shiny surface of the marble originals. Photographing them without even naming the statues they replicate suggests that these photographs were taken to be exercises in shape and form rather than art-historical reference. The text on the mounts reinforces this, so it appears that this set was intended as a teaching aid for students of drawing.

Bilordeaux began taking photographs in 1853, but started his career as an artist and a lithographer. The National Art Library holds several books of his lithographs, and sent them to art schools around the country via the Circulation Department. The volume  Études d’Ornements aux deux Crayons shown here is one of these.

This volume was created as a series of designs for students to copy, and they get increasingly complicated as one progresses through the book. You can see from these just how interested Bilordeaux was in conveying depth and form – photography must therefore have held obvious attractions when the technique became available to him. Arguments were raging at this point about whether photography could ever be an art form, so perhaps Bilordeaux was trying to make a point with the deliberate beauty of these images – his photographs show a strong artistic sensibility, with the clean angles of the lighting and his carefully placed signature.

Sometimes identifying who took a photograph can be difficult, but Bilordeaux made it easy for us by painting his name in red paint on each print. At first this looks like it might be a stamp, but if you look closely each one is unique. Most photographers who wanted to show authorship of their prints either blind-stamped them with a studio stamp or scratched or painted their name into the negative itself. Hand painting a signature on a photograph is quite rare, though the photographer Gustave le Gray also did this on his prints. Bilordeaux was taught how to take photographs from le Gray in 1853, but we do not know which of them started hand-painting their signature first.

This may seem like a very minor detail, but with Bilordeaux’s images the signature has a big stylistic impact. The first one I saw from this set was the one below of the plaster hand. It reminded me of 1920s typophotos by László Moholy-Nagy because of this little dash of red, and it was only when we saw others and examined them properly that we realised that they had been taken so much earlier.

In his studio stamp, Bilordeaux describes his photographic output as ‘artistique et religieuse’ [‘artistic and religious’]. Bilordeaux clearly identified himself as an artist both in lithography and photography, despite the practical uses he created for his output. It is perhaps for this reason that he chose not to identify the sculptures the casts he photographed were taken from, treating them as broad ideals rather than specific art historical examples. The gauzy fabric sleeve in ‘Main drapée’ must be an addition by Bilordeaux for artistic effect. Its silk creases not only create a beautiful composition and aid an illusion that the hand is real rather than sculpted, but also set a rich and complex drawing challenge to the potential student copyist.

What appeals to me about this series is how clean and simple they are, and how well they represent the Classical ideal. I can see how the style in which they have been photographed makes them suitable as drawing exercises, but it also makes them attractive as artworks in their own right, despite being copies of copies.

If you’d like to come and see these photographs you can make an appointment at the Prints and Drawings Study Room. This photograph from the set can be seen in Gallery 100 at the V&A until February 2017, as part of the current display History of Photography: The Body.

Is this a published book, if so may I buy a copy?