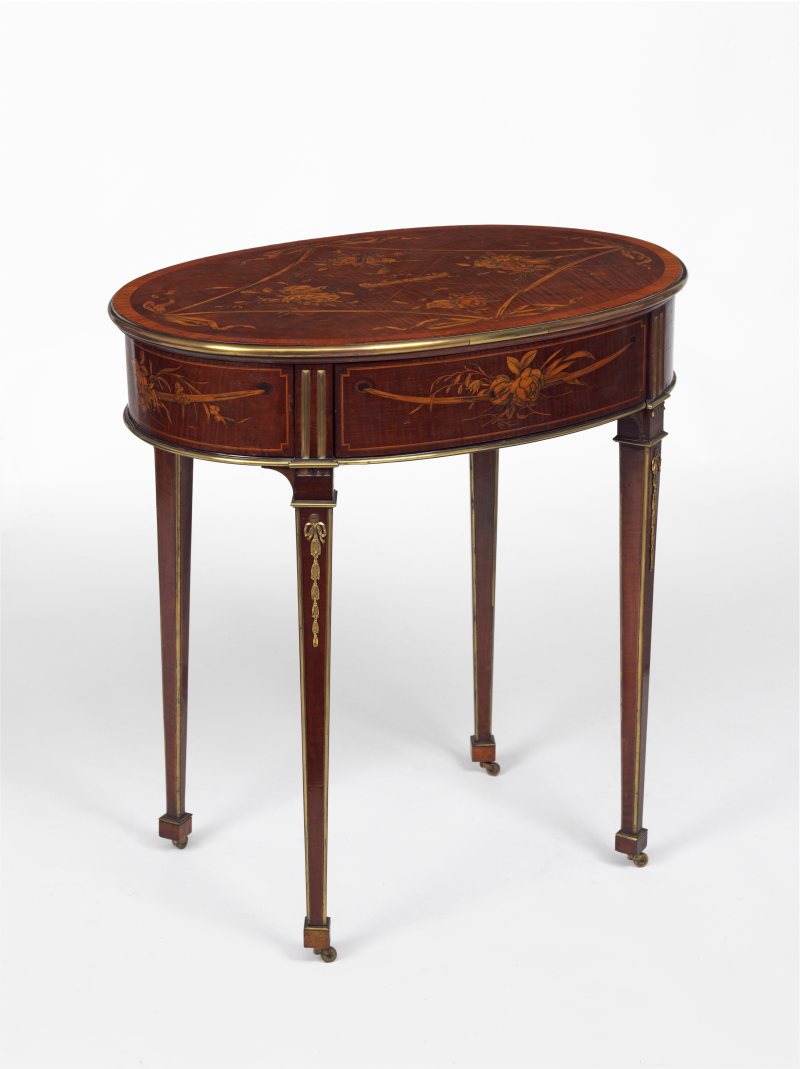 An army of curators and conservators have spent countless hours working on objects that will end up on display in the refurbished Europe 1600-1800 galleries later this year. One of the objects needing some attention is this table by David Roentgen. 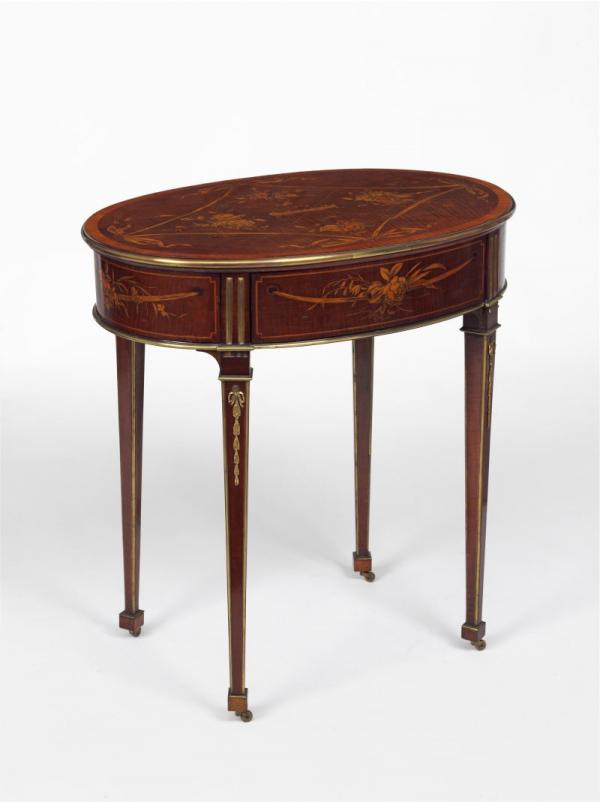 Before work could begin to clean and conserve the table, it was examined by curators, conservators and scientists in order to learn more about how it was made. A Metropolitan Museum of Art publication by Wolfram Koepp from 2012 mentions that this type of Roentgen table should have legs that could be removed to make it easier to transport. Could this table be an early form of flatpack??

I set to work looking for any sign of where the legs could be unscrewed or detached but found nothing. I then removed the table top. Still nothing. The legs appeared to be completely solid and ran from floor to the top of the case. 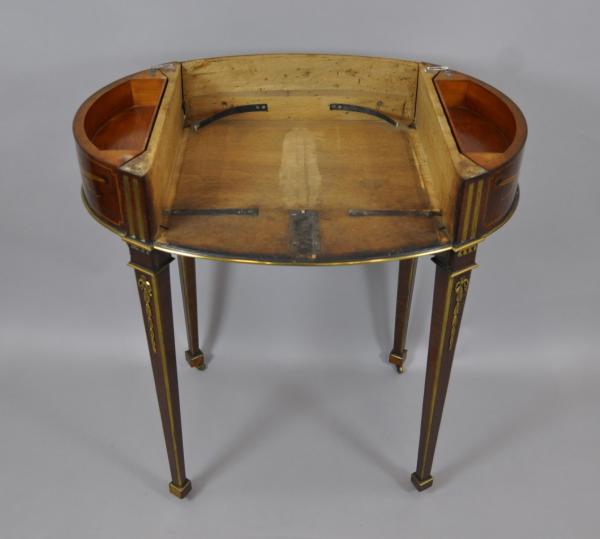 Time to look beneath the surface… Help was needed from Paul Robbins who specialises in X-raying objects at the V&A. We moved the table from the furniture conservation studio to the V&A’s Conservation Science lab with help from two conservation interns from Taiwan – Kao Wei and Hsin-Hui – who also helped us photograph the entire process. Placing the table in the middle of the museum’s lead-lined radiography room, and setting up the instrument to look through our table, we closed the door and waited in anticipation of the answer… 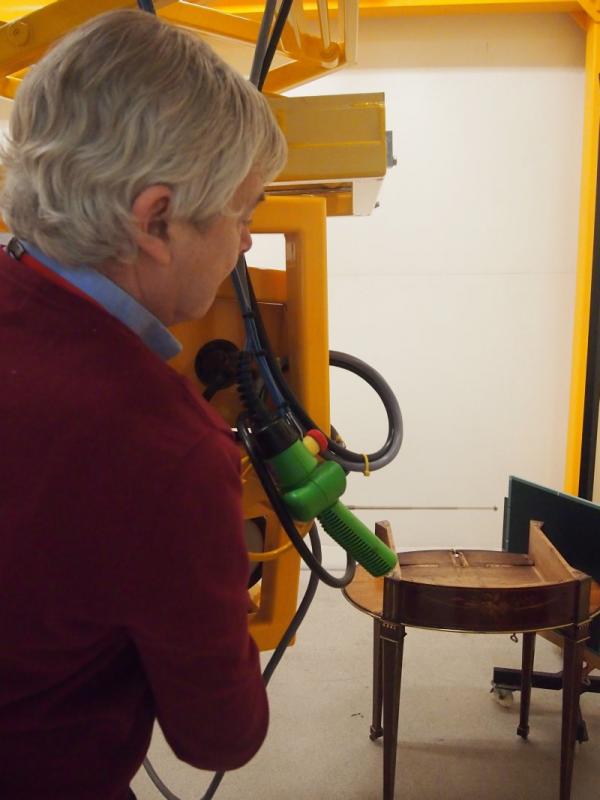 As you can see below, the x-rays clearly showed us what we couldn’t see from the outside – within in each leg there is a visible metal nut and shank, threaded at the top and bottom. These held the two parts of the leg together. Originally the legs would have been screwed/unscrewed below the bottom of the case, just underneath the wooden brackets and metal bullnose moulding. The legs don’t move anymore and so it seems that they were probably glued in place before the table found its way to the museum. 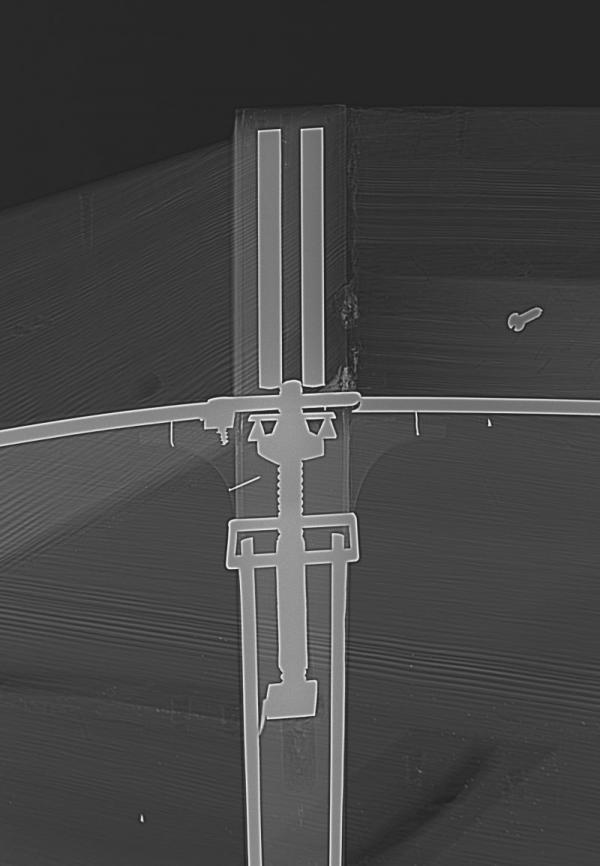 The results of our work on the table meant that we could confirm that it was an authentic work by David Roentgen while at the same time giving us a better understanding of how the table was made and used.

You can see the table in the new Europe 1600-1800 galleries when they re-open in November 2014. More on the conservation of objects for the new galleries to come in future posts, but you can also read about the ongoing renovation in the Europe 1600-1800 blog here.