Few museums in the world can have traded under as many names as the V&A in the first 50 years of their existence!

The iconic building that we recognise today as the V&A opened in 1909; however, the museum can trace its physical footprint at South Kensington to 1857, and its intellectual roots to 1837.

In 1837 the Government established a School of Design at Somerset House under the auspices of the Department of Practical Art where, in the words of a Select Committee report, ‘not theoretical instruction only, but the direct practical application of the Arts to Manufactures ought to be deemed an essential element’. 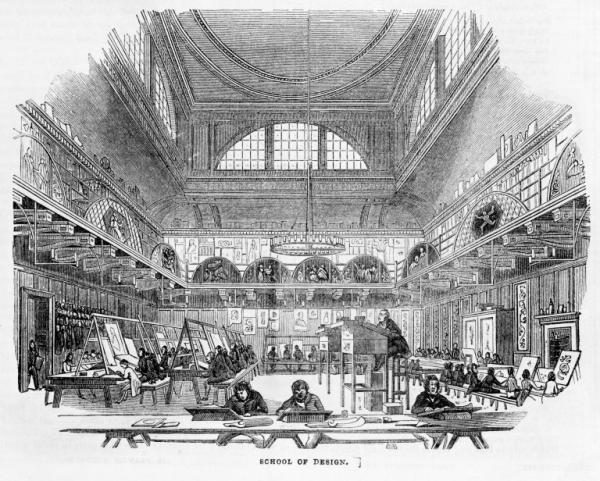 In 1852 the School of Design was relocated to Marlborough House (to allow more space for the General Register Office) where it was re-branded the Museum of Manufactures. This name didn’t last long; the following year it fell victim to a further branding exercise and was thence known as the Museum of Ornamental Art. 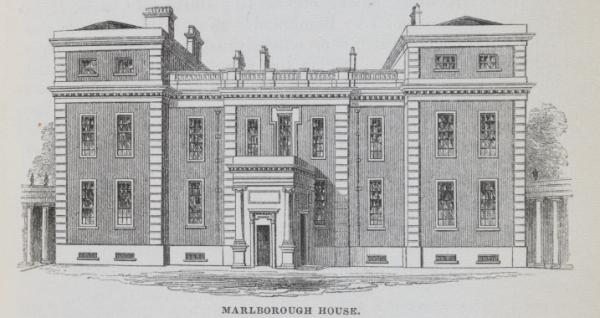 When the Department of Science and Art (previously the Department of Practical Art – are you still with me?!) was transferred from Marlborough House to South Kensington in 1857, the Museum, whose rapidly growing object collections required larger premises, moved with it and accordingly – you guessed it – changed its name again: to the South Kensington Museum. We can blame Henry Cole for this: ‘It was in December 1856 that in conversation with the Prince Consort the title ‘South Kensington Museum’ was suggested by Mr. Cole for the Museum, and this was formally approved by the Board on the 21st May 1857’.

The name stuck – until 1899, when the Museum authorities chose to honour the monarch and her late husband at the time of the construction of its new buildings.

This required some nifty diplomacy as Queen Victoria had set her heart on renaming the South Kensington Museum the ‘Albert Museum’ (in his history of the V&A, Anthony Burton notes that as early as 1869 a contributor to The Builder had tried vainly to impress this name on the public consciousness); however, she was gently persuaded to agree to its being called the ‘Victoria and Albert Museum’ and at the foundation laying ceremony on 17 May 1899, Queen Victoria stated that she gladly directed ‘that in future this institution shall by styled the Victoria and Albert Museum’. 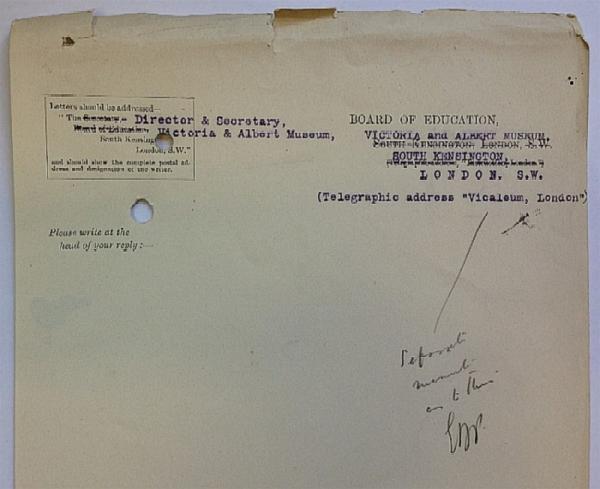 Rumours of a name change had been rife. Mr Powell of the Manager’s Office of the Metropolitan District Railway wrote to enquire whether ‘the statement, that the South Kensington Museum will after the ceremony be known as the “Victoria and Albert Museum”, is correct’. At the second time of asking, he received this circumlocutory reply: ‘It sometimes happens that inconvenience arises when action is taken prematurely, and I am certainly of opinion that it would be inexpedient to alter the name of the South Kensington Station before direct official instructions are given of the change of name of the Museum’.

When a familiar and established brand changes its name (often a risky undertaking), it can take time for this new name to take root. The V&A was no exception as can be seen from this early post card. 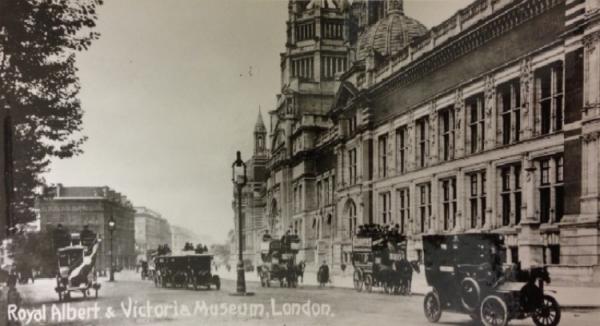 It can’t have helped that there was doubt even within the department as to whether the name change applied to the Art Museum only or extended to the Science Museum (a sign over the entrance to the Science Museum said: ‘Victoria and Albert Museum, Science Collections’). After a laborious investigation – including close scrutiny of the language used in the Queen’s speech – the President of the Board of Education declared in the nick of time – just before the King opened the new buildings on 26 June 1909 – that the name would be restricted to the Art Museum.

Not surprisingly, with a name like the Victoria and Albert Museum some visitors expect to find a museum devoted to memorabilia relating to its royal namesakes. In the 1980s, the V&A dabbled with various subtitles – ‘the Nation’s Treasure Chest’, ‘the Nation’s Treasure House’, and ‘the National Museum of Art and Design’ – in an attempt to convey a better sense of what the Museum was about – but they didn’t survive the decade. 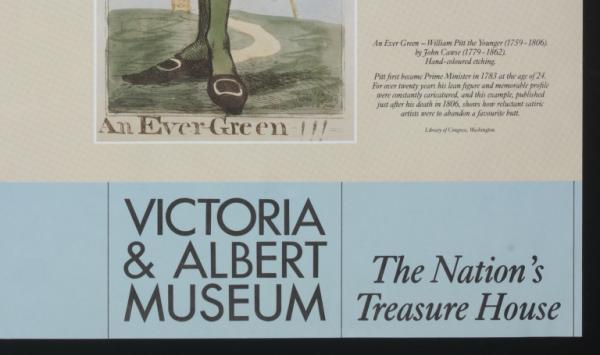 One hundred years after Queen Victoria approved the name change, the V&A’s Director Alan Borg created a media storm when he asked in a light-hearted (so he thought) editorial to the V&A Magazine, ‘Is our name an asset or a handicap and do we need a new one?’ His suggestion that ‘we need to convey more clearly what it is we do’ echoed (consciously or otherwise) M. H. Spielman’s contention in 1898 that any name change should include ‘a clear definition of the character of the institution’. But Spielman had wanted to call the South Kensington Museum ‘The Victoria Industrial Art Museum’! 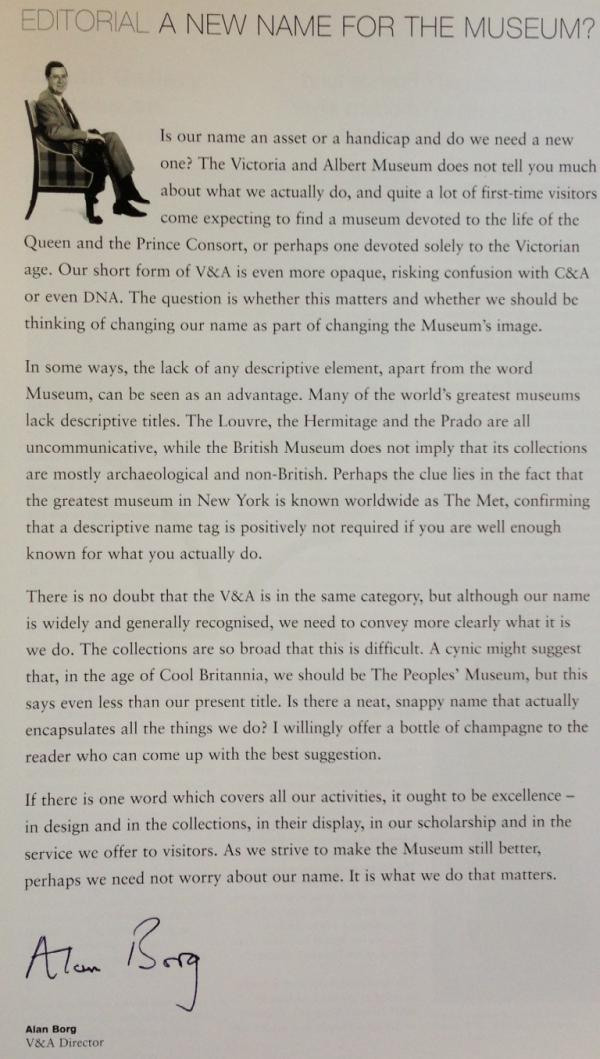