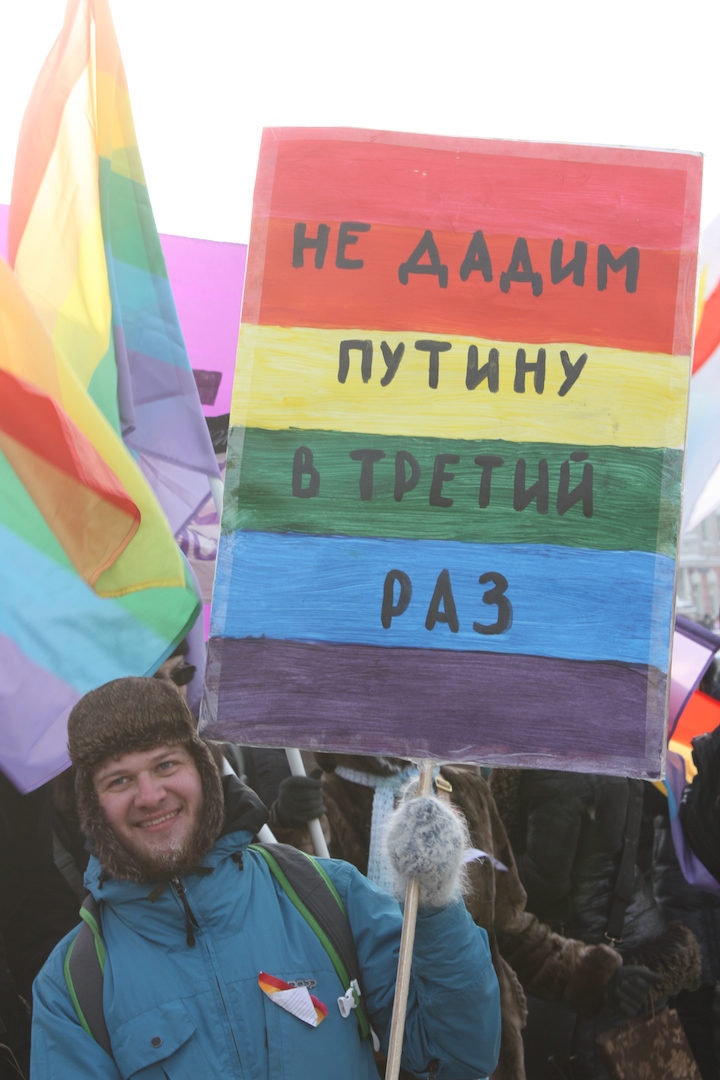 For my Pride t-shirt I chose to use this photograph of Russian activist Alexey Kiselev at a protest rally in Moscow on February 4th, 2012.

The double-sided placard he is holding was one in a series of placards made by queer marchers. It was the first time that the rainbow/’LGBT’ flag had appeared in a demonstration in Russia.

The placard featured in the V&A’s 2014-2015 exhibition Disobedient Objects. I thought it was a simple, yet powerful object and I am excited that it is now part of the Museum’s collection. The exhibition Curator, Catherine Flood explains more about it in her post ‘Protest and Pride in Russia’.

From when we first discussed marching, I knew that I wanted to do something to inject a reminder of the political protest roots of London’s Pride march. I also wanted to acknowledge the varied circumstances of LGBTQ people in other parts of the world. I chose to use the photograph of Alexey, rather than just the placard, in recognition of the brave people trying to bring positive change in the face of adversity and danger.

With the assistance of a good friend’s translation skills, I got in contact with Alexey to check that he was happy for me to use his photograph. Having been given a definite thumbs-up, I marched on in proud solidarity.