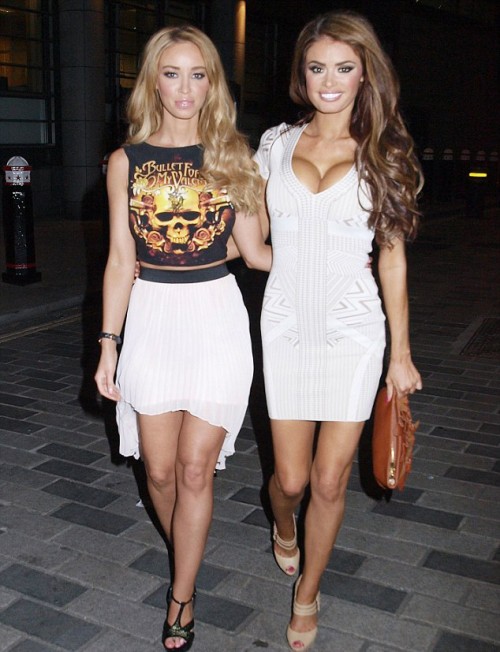 Today is BBC 6Music’s Annual Wear Your Old Band T-shirt to Work Day. In my display on the history of the T-shirt currently in the V&A’s fashion gallery, T-shirts 101, you can see two band tees of many held in both the Textiles and Fashion collection and Theatre & Performance collection. These are a tour tee from David Bowie’s Serious Moonlight 1983 stadium tour, and a late 1970s Motorhead tee, featuring their mascot, War-Pig.

The t-shirt is a means of communicating an allegiance to a subculture, and this is most often seen through the wearing of band t-shirts. It’s a way to celebrate your love for a particular band, but also create peer-identification with a particular scene. As a big David Bowie fan, this was an obvious choice for me for the display. 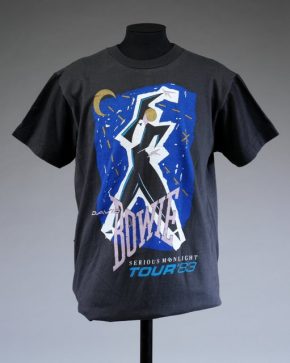 The Motorhead tee has other connotations, however. The iconography of metal music, which once was seen as a way of claiming allegiance to the heavy metal community, has now become commodified to the point of removing any meaning, beyond even an ironic or post-modern viewpoint. The t-shirt on display was originally manufactured in the late 1970s, at which point it would have represented the choice of the wearer to identify with a particular subculture.

In the early 2000s, celebrities such as Geri Halliwell and Robbie Williams were photographed wearing metal-derived t-shirts.  The subculture had been emptied of its message and the iconography was appropriated by the High Street. Appropriation of these once subcultural emblems results in garments such as this one from high street chain Topshop, featuring the logo for thrash metal band Slayer printed on a vest with frilly lace edges. Gossip rag ‘celebrities’ such as Lauren Pope from the Only Way Is Essex are photographed wearing T-shirts such as this one for Welsh heavy metal band “Bullet For My Valentine”. 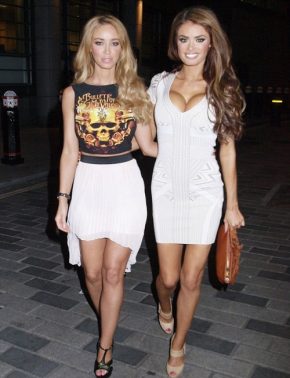 In my nod to wearing an old band t-shirt to work, here’s a selfie in my office wearing what has been a somewhat controversial t-shirt for me over the years, bought in the early 2000s and designed by Burro.

And here’s another of my favourites, that didn’t make the cut for the display, but is held in the Theatre & Performance Department collections: 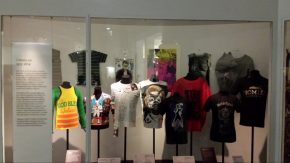 wow the prints are awesome

wow such nice printed t-shirt, thanks for such a good post