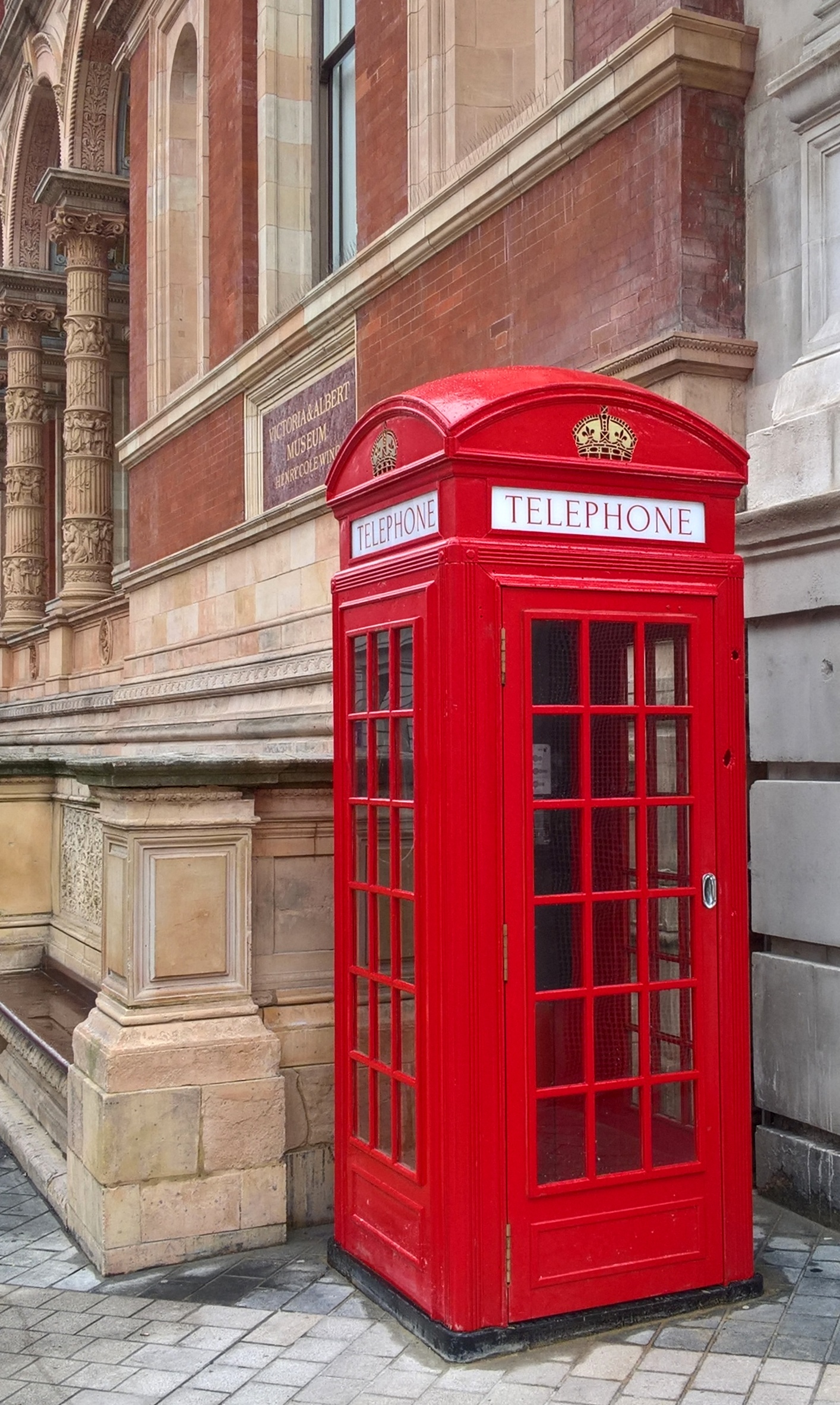 Outside the V&A is one of Sir Giles Gilbert Scott’s famous red telephone boxes. It was one of around 1700 of the K2 type installed in the UK between 1926 and 1935. Its characteristic bright red paint was the result of an over-rule by the General Post Office who wanted something more on-brand than Scott’s original choice of silver with a blue-green interior.

This one is a bit special. It stands on Exhibition Road, whose façade bears and memorialises the scars of World War II.

“The museum suffered considerable damage,” claimed a report at the time. “Two powerful bombs hit in the vicinity on Exhibition Road. It has practically wrecked the west side of the museum. The surface of the masonry was badly knocked about and the Exhibition Road doors were blown in. Practically all windows, frames and iron grilles were destroyed and we have lost most of the glass roofing on that side of the museum.’

Museum visitors today, photographing the pock-marked Portland Stone that contrasts so vividly with the pristine new entrance courtyard to the V&A, are always taken aback when you point out the less visible but more shocking penetration of the thick cast-iron framework of the phone box. 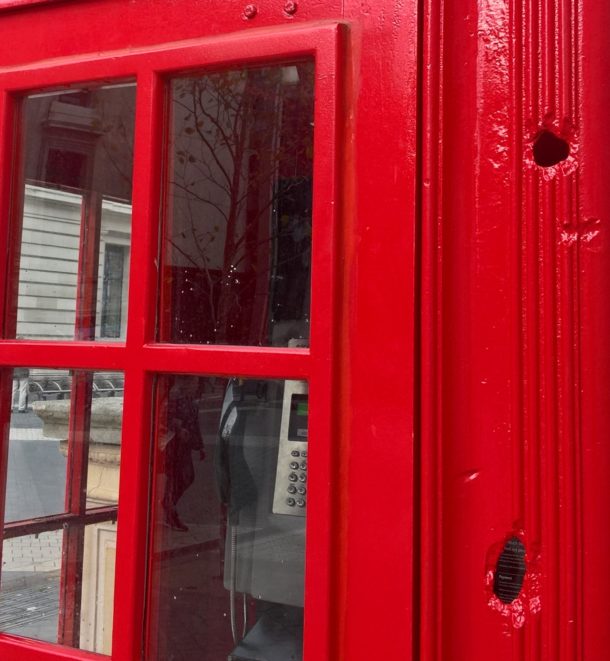 Fascinating! What an amazing detail!

Wow! Can’t wait to point this out to family & friends. Shocking indeed!

Thank you for this info – fascinating! I’m going on a recce next Monday morning to investigate further…

Brilliant, thanks for sharing this info. This is all very interesting 🙂