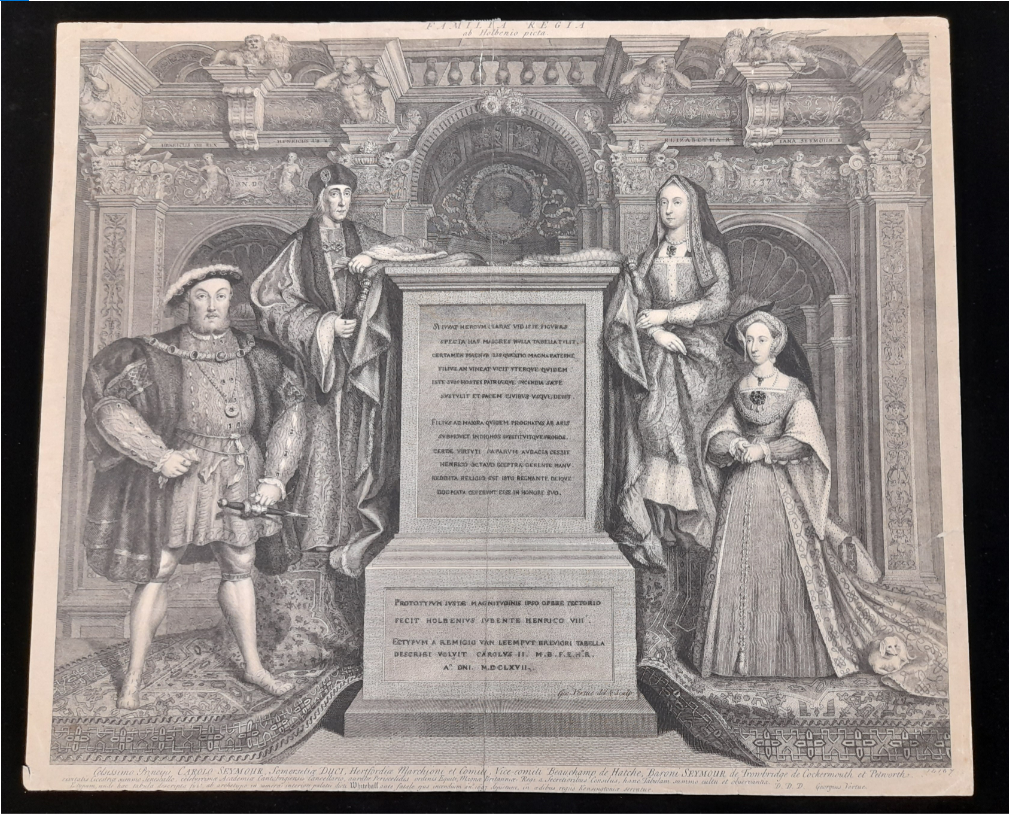 Many of us have been involved in home-schooling during the pandemic lockdown. I was drafted in to help with history lessons for my 9 year old twin nieces. The subject was the Tudors. I studied them at A-level, and they are the opening section of the V&A British Galleries so I thought nothing could phase me.

I was soon to find that teaching, and sustaining the attention of two children, is not easy. I have much admiration for teachers managing this virtually with over 30 pupils. We did, however, manage to learn about Henry VIII and his six wives. Despite the appeal of Anne Boleyn and Jane Seymour, I tried to champion my favourite of the wives: Anne of Cleves. She didn’t get beheaded, but cleverly negotiated with Henry over her outcome.  She accepted a divorce but stayed part of his court, with a generous allowance. The V&A has the miniature portrait of Anne that led to her marriage with Henry and her life in England. This was created by Hans Holbein, court painter to Henry VIII.

Another painting by Holbein was part of a home-schooling task. We had to examine his famous image of Henry VIII and discuss what the painting was telling us about the king. The original painting was created in 1536-7, and several copies were made, for example this one held in the Walker Art Gallery.

We talked about all the rich fabrics and jewellery he was wearing. How it showed his wealth and up to the minute Tudor fashion sense – all slashed sleeves and short tunic. ‘Auntie Ruth, what’s that?’ asks one niece, pointing to Henry’s nether regions. “That’s a codpiece”, I say, trying to think how to delicately explain this prominent piece of men’s fashion to a 9 year old, “it’s a bit like a spangly pair of pants.” I wondered what their real teacher would have come up with to explain this hyper-masculinized fashion accessory to a class of giggling children.

The image was originally part of a larger painting that was destroyed by fire in 1698. The V&A has a print of the original painting, showing Henry VIII with his favourite wife (not mine) Jane Seymour, who had given birth to Henry’s long awaited son in 1537. Behind them are Henry’s parents: Henry VII, victor of the War of the Roses, and Elizabeth of York, whose marriage to Henry VII united the warring ‘rose’ families of Lancaster and York. Looking at it I noticed that Henry seems to have forgotten to put his codpiece on in this version.  Perhaps this was modesty on behalf of the printer, or maybe they were worried an inquisitive niece might ask them about it.

Next time my nieces visit the V&A, I’ll be sure to show them round the British Galleries, where I’m hoping my pandemic homeschool history lesson, and the objects from the period on display, will inspire in them a lifelong appreciation and understanding of art and history. Maybe one day it will be their turn to pass all this on to future generations.