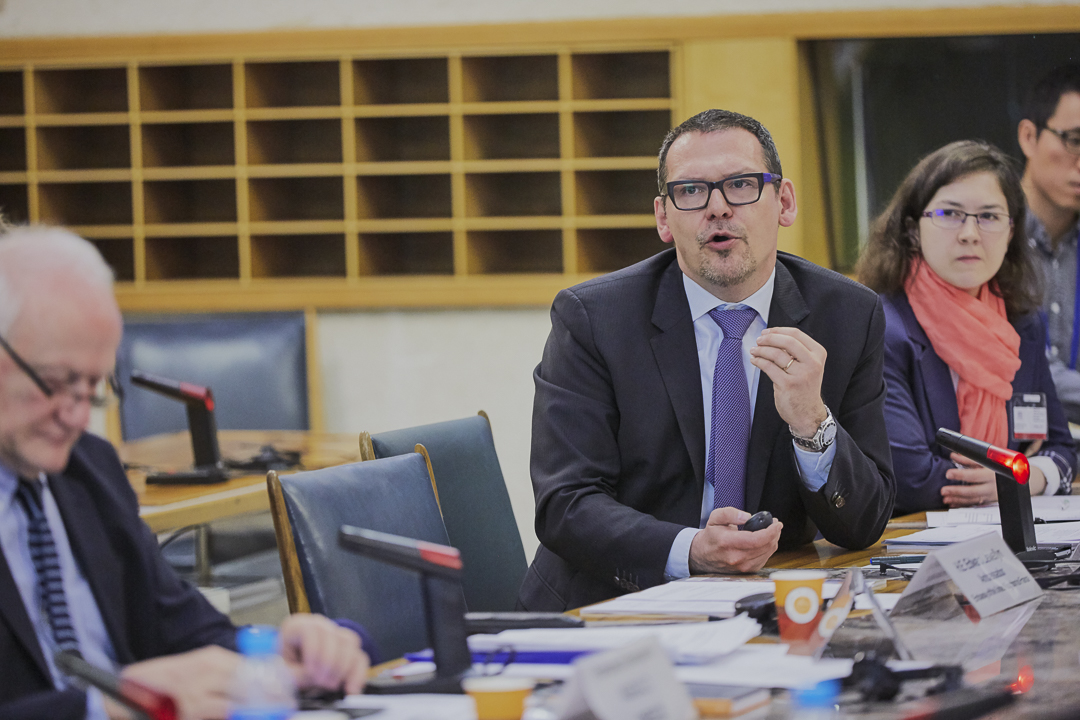 In December 2017, we launched the ReACH Declaration. This 21st century version of the Henry Cole Convention on the Reproduction of Works of Art. This new text is inviting the museums and heritage community to embrace digital reproduction as an unprecedented opportunity to better fulfill their mission to preserve, study and share cultural heritage for present and future generations.

The re-drafting took place through series of roundtable discussions across the world bringing together private and public institutions and experts from all fields. We would like to thank in particular our Research partners who have been instrumental in the drafting of the ReACH Declaration since the launch of the initiative at UNESCO in May 2017.

You will find below their biographies.

Adam Lowe is the director of Factum Arte and founder of Factum Foundation. He has been working on the application of technology in the field of art since 2001.

He has produced a facsimile of Veronese’s Wedding at Cana, Caravaggio’s Nativity with Saint Francis and Saint Lawrence and a re-creation of the work of Giovanni Battista Piranesi. He has completed conservation projects in Egypt, Italy, Russia, Spain, UK, USA, Brazil and Chad, and his work has been exhibited at institutions such as the National Gallery of Art, Washington, the Royal Academy and the National Gallery in London and the Museo Nacional del Prado, Madrid.

Lowe is adjunct professor at the MS Historic Preservation at Columbia University, New York. He has written extensively on the subject of originality, authenticity and conservation. In 2014, he received an Apollo Award for Digital Innovation.

Anne-Solène Rolland is Curator in Chief, Head of Research and Collection Management at the Musée du Louvre since 2015. As such, she and her team are responsible for the coordination of Collection Management and Research Strategy, including databases, images and digitalization. She was previously in charge of the coordination of national partnerships in the Louvre Director’s Office.

From 2011 to 2013, she worked as General Secretary and Head of Museum and Heritage at the Musée national de l’histoire de l’immigration in Paris, advisor to the Minister of Culture, in charge of cultural heritage, after starting her career as curator in charge of textiles and conservation at the musée du quai Branly.

Bill Sherman holds a BA from Columbia University and MPhil and PhD degrees from the University of Cambridge. He was founding director of the Centre for Renaissance and Early Modern Studies at the University of York from 2005 to 2011, and before the Warburg worked at the Victoria and Albert Museum, where he has served as Director of Collections and head of the project to create the V&A Research Institute (VARI), leading the Museum’s programmes with partners in both the universities and the creative industries.

Professor Sherman’s research has been driven by a love of archives and other collections, and by an interest in how objects from the past come down to us and speak across time and space. He has published widely on the history of books and readers and on the plays of Shakespeare and his contemporaries. Best known for his books on marginalia (including John Dee and Used Books), much of his current work explores the interface between word and image, the relationship between knowledge and power and the surprising connections between the modern and the early modern. He was associate editor of Shakespeare Quarterly for more than a decade and sits on a number of editorial and advisory boards as well as a range of trusts and councils on both sides of the Atlantic.

Lauryn Guttenplan, Associate General Counsel, joined the Smithsonian in 1985 and handles matters of copyright, trademark, contracts, repatriation of Native American materials, non-profit tax, governance and other museum-related legal and policy issues.  She has advised senior Smithsonian management on issues involving copyright, digitization, open access and has served as a member of the former Secretary’s Executive Committee for the Digital Smithsonian. She has also served as chair, co-chair and faculty for the annual conference on Legal Issues in Museum Administration, co-sponsored by the Smithsonian and the American Law Institute.

She has lectured on a wide range of museum-related legal issues.  Prior to joining the Smithsonian, she was an associate with the law firms of Paul, Hastings, Janofsky and Walker and Crowell and Moring.  Following graduation from Georgetown Law Center in 1980, she served as a law clerk to the Honorable Warren W. Eginton, U.S. District Court Judge for the District of Connecticut.

Polina became CEO of Peri Charitable Foundation in 2015. Polina has masters degrees in Linguistics and Law, and started her career in the non-profit sector in 1992 in the Rule of Law programme supported by the USAID. Since then she has worked for a number of international organisations. For 11 years she was the Director for Programmes and Donors relations in CAF Russia, a branch of a prominent British charity, whose mission is to promote effective philanthropy in Russia.

Her professional interests include a wide variety of subjects ranging from assistance to vulnerable groups, development of educational and cultural programmes. Polina sits on the Boards of several Russian and International NGOs.

Hilgert is the coordinator of the national research alliance ILLICID focusing on the illicit traffic of cultural property in Germany and the director of the Center for Digital Cultural Heritage in Museums (CEDICUM) at the Prussian Cultural Heritage Foundation. In addition, Hilgert is the coordinator of the museum4punkt0 – Digital Strategies for the Museum of the Future under the auspices of the Federal Commissioner for Culture and Media.

Hilgert is a member of several governing bodies and advisory boards, including the German Commission for UNESCO (since 2016), the Foundation Board of the International Alliance for the Protection of Heritage in Conflict Areas (ALIPH; since 2017), the Advisory Group of the Cultural Protection Fund of the British Council (since 2017), and the Disaster Risk Management Committee of the International Council of Museums (since 2017).

In 2016, Hilgert was named the National Correspondent for the Blue Shield in Germany and was elected founding President of Blue Shield Germany in 2017. He is also the Vice President of the German Association for Archeology. Hilgert holds honorary professorships at Heidelberg University, Marburg University, and Berlin University (Freie Universität).

Mr Knerly is a partner in the law firm of Hahn Loeser & Parks, LLP  and managing partner emeritus of the firm. He also serves as the co-chair of the firm’s business practice group.

Mr Knerly focuses a significant portion of his practice on art law, including representation of museums and collectors in the acquisition, disposition, lending and borrowing of and estate planning for works of art, including transactions, claims and dispute resolution. He also assists nonprofit entities in matters such as corporate governance, legislative issues, general corporate and contracting matters and tax issues.

He is a member of the Society of Benchers, Case Western Reserve University School of Law, a fellow of the American Bar Foundation, serves on the Legal Committee of the International Council of Museums, has been named one of the Best Lawyers in America, Non-Profit/Charities Law (2007–17)  and Art Law (2017), and is a Chevalier of the Legion of Honor (France).

Nataly is Senior Legal Advisor at the State Hermitage Museum. Her areas of expertise include international law, intellectual property rights, protection of cultural items during international exchanges (immunity from seizure), reproduction of cultural items and museum legislation. She graduated from Law faculty of the Highest School of Economic, St. Petersburg, Russia in 2008 and took a traineeship at Counsel’s Office of the Metropolitan Museum of Art, New York, USA (Vladimir Potanin’s Grant) In 2010.

Stefan Simon is the Director of Global Cultural Heritage Initiatives at the Yale’s Institute for the Preservation of Cultural Heritage, which is dedicated to advancing the field of heritage science through transdisciplinary research, education and training, as well as practice and advocacy, with the aim of enhancing sustainable preservation of cultural heritage, interpretation, and access in service to the global conservation community.

Trained as a conservation scientist, Simon earned his Ph.D. in Chemistry from the Ludwig Maximilian University, Munich. He has broad experience in scientific research, specializing in material deterioration diagnostics, microanalytics, climatology, and non-destructive mechanical testing. Simon served as Director of the Rathgen Research Laboratory at the National Museums in Berlin — the oldest museum laboratory in the world – and as a member and Vice President of ICCROM, the International Centre for the Study of the Preservation and Restoration of Cultural Property. He is the current President of the International Council on Monuments and Sites’ (ICOMOS) Scientific Committee for Stone.

As inaugural director of the IPCH, Simon prioritized the advancement of sustainable conservation strategies triggered by global climate change, the green museum debate, the development of analytical technologies and questions of conservation documentation and access in the digital age. Dr Simon is a leading voice in the international culture in crisis debate, and involved in various collaborative efforts to rescue and preserve cultural heritage. In response to the recent and ongoing destruction of historical sites in the Middle East and Africa, the IPCH and the Victoria and Albert Museum, London, were granted UNESCO patronage to bring together the international conservation and preservation community to discuss ways of counteracting the massive loss of cultural heritage. He is also acting on public stage as a strong advocate against illicit traffic and for the study of authenticity questions.

Dr Simon is the founder and former director of the private laboratory KDC Konservierung & Denkmalpflege Cons. in Olching, Germany. In 2005 he led the Building Materials section at the Getty Conservation Institute, Los Angeles, overseeing a range of projects with international partners to advance conservation practice and enhance understanding of historic buildings and sites. Simon is a corresponding member of the German Archaeological Institute, and has been recognized with Honorary Professorships at X´ian Jiaotong University, China, and at the Technical University of Berlin. He has co-authored and published more than 125 articles on the preservation of cultural heritage.

Vernon Rapley is the Director of Cultural Heritage Protection and Security at the Victoria and Albert Museum. He is a special advisor for the UK Government’s Cultural Heritage Protection Fund, the founder and chairman of the National Museum Security Group, chairman of the Security of Major Museums Europe Group (SOMME), the UK lead for Tourism on the Cross-sector Security and Safety Communications Team a board member of the International Council of Museum Security and a member of the NPCC (National Police Chiefs’ Council) Heritage & Cultural Property Crime Working Group.

Before joining the V&A in 2010, he served for 24 years as a Scotland Yard Detective, the last 10 as the Head of the Art & Antiques Unit. During that time he overtly and covertly investigated all manner of art and cultural property crime. He was a member of the Interpol Tracking Task Force (Iraq), as well as representing UK Law Enforcement on international initiatives to combat the illicit trade of cultural goods from places such as: Afghanistan, South America, Eastern Europe and South-East Asia. He was responsible for leading operations that successfully recovered stolen cultural heritage from Afghanistan, Iraq, Iran, Turkey, Greece, Italy, Colombia, Brazil and others. During his time at Scotland Yard, he worked closely with academics, museums and the trade to form a number of long-lasting community partnerships.

Respected Mr Knerly focuses a significant portion of his exercise on art law, which include representation of museums and collectors in the acquisition, disposition, lending and borrowing of and property making plans for works of artwork, along with transactions, Qira Jacket claims and dispute decision. He additionally assists nonprofit entities in matters along with company governance, legislative issues, widespread corporate and contracting topics and tax troubles. 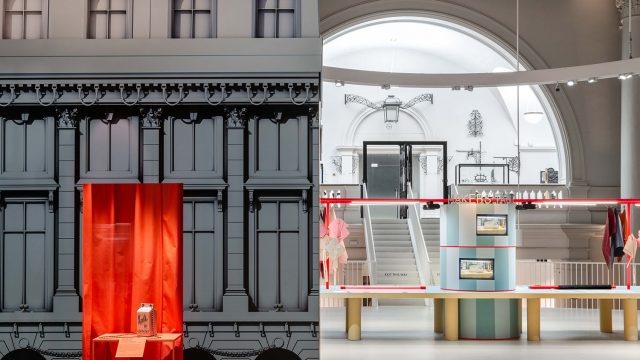 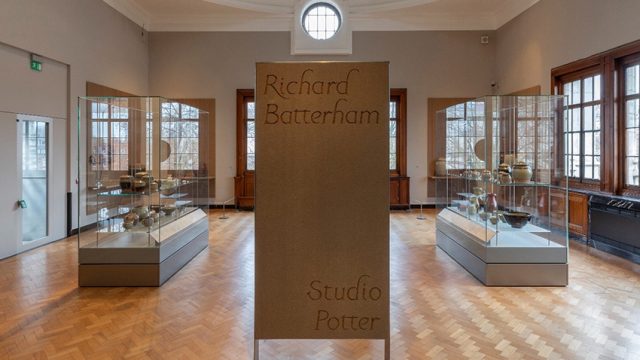 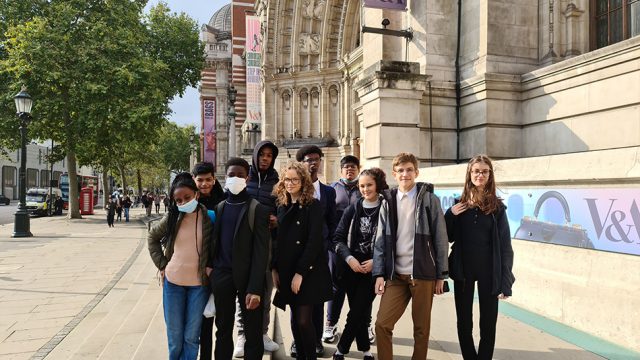