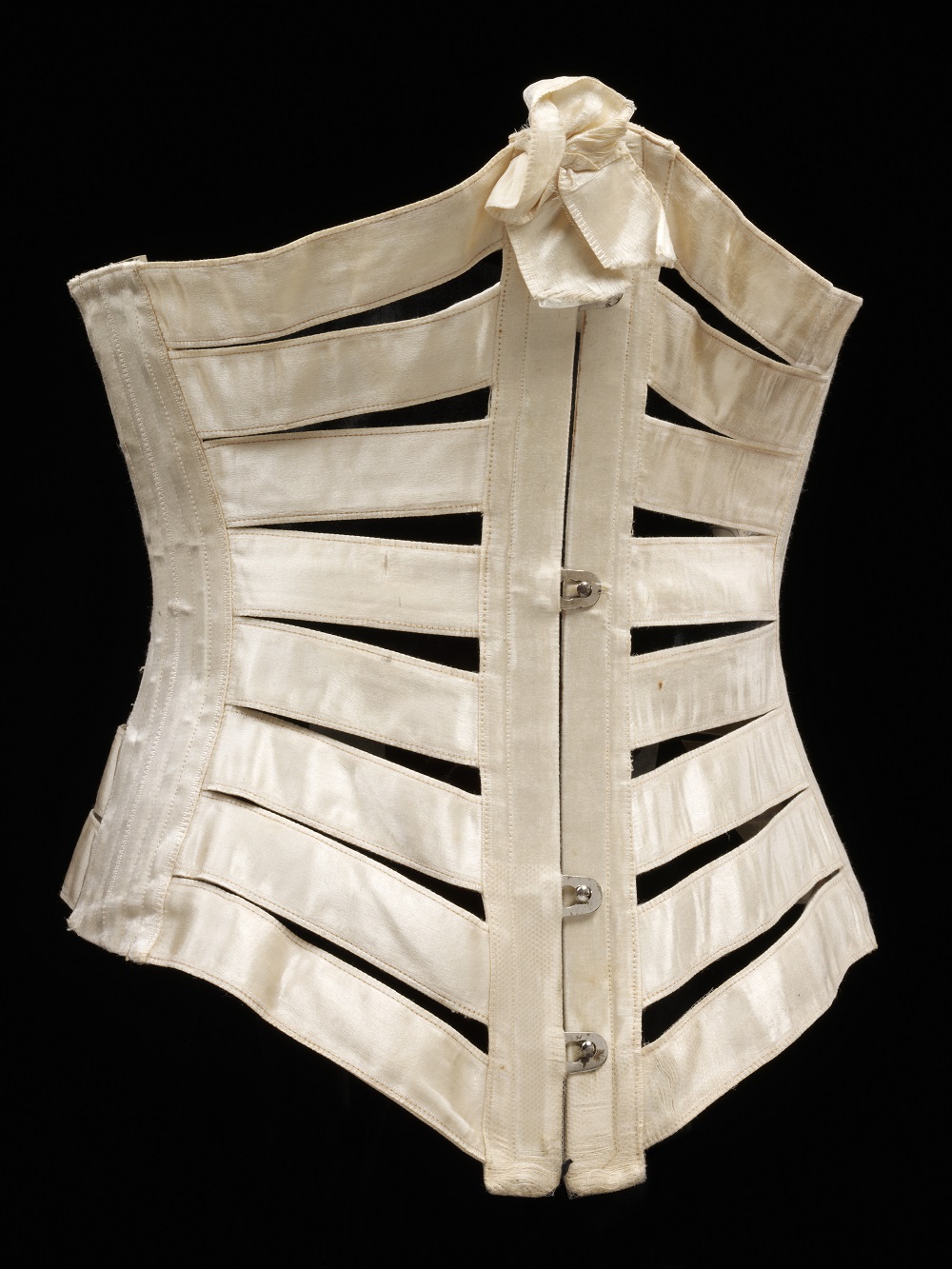 Welcome to our blog for the V&A’s forthcoming exhibition Undressed: A Brief History of Underwear. As we reach the six month mark in the run up to the exhibition’s opening in April 2016, our team’s preparations are already in full swing. A chance to show some treasures, over 200 objects will be going on display. Over two thirds of these will come from the V&A’s own collection, while the remainder will be generously loaned from public and private collections from the UK and beyond.

The exhibition roughly covers the period from 1750 to today, focusing on underwear designs from Britain, France and America. We approach the history of underwear specifically from a design history angle. With that in mind, we are interested in the innovations and inventions of designs, dyes and materials, and their resulting impact on the garments we wear, the ideal bodies they often promote, and the way they make us feel.

Both culturally emblematic and the most everyday of objects, underwear attracts interest, debate, and sometimes controversy. One of the core cultural debates which has always influenced underwear design springs from contemporary concepts of health and hygiene. While they might sound odd to us, designs from string vests, to red flannel drawers, to ribbon corsets have all been championed for their health giving properties in their own times. Today, the focus on organic materials, such as bamboo cotton, answers similar concerns. The intrinsically personal nature of underwear inevitably provokes debates involving gender, sex and sensuality. In this blog, as also in the exhibition, we aim to explore the split between empowerment and objectification which recurs in these debates. There will be a particular spotlight on the contributions of female innovators in underwear design.

Marketing has always played a significant role in the underwear industry and, in promoting a particular design, always sells an ideal body, lifestyle or comfort. With that in mind, we will explore some iconic pieces of underwear advertising, in some instances alongside the object the ad was aiming to sell.

Fashion has often returned to and reinterpreted underwear, playing with the viewer’s, and wearer’s, expectations of the seen and the unseen. We will be displaying some striking examples where designers have transformed iconic items of underwear into outerwear.

As the Research Assistant for this exhibition, I will be bringing you weekly posts on our progress and research, and giving you some behind the scenes peeks at what’s to come. Other members of our team, including our curator, Edwina Ehrman, and our conservators, will be contributing regularly. This blog will also play host to plenty of guest bloggers who are generously supporting the exhibition in their own ways, whether by sharing their expertise, or by designing garments for us to display. You will also hear from underwear designers who are using our collection and archives for inspiration in their own work. So, in the coming months, we’ll be sharing the perspectives of specialists, including historians, scientists, corsetieres and campaigners.

Never underestimate the objects of your everyday life – or those you save for special occasions, for that matter. Experiments in technologies, designs and self presentation are all required for an object to become as ‘ordinary’ and accepted as a bra or briefs. We look forward to showing you some extraordinary objects, and all the hidden stories behind them.