Acquired by the V&A in the 1980s, the Harry Hammond Photographic Collection comprises over 9,000 images, chronicling the British popular music scene in the 1950s and 60s, up to and including the emergence of the Beatles and the Rolling Stones.

Read more Read less
Harry Hammond (1920 – 2009) is regarded as the founding father of music photography. He photographed British and visiting American stars on and off stage for two decades. This collection features images of Jerry Lee Lewis, Elvis Presley, Gene Vincent, Cliff Richard, Eddie Cochran, The Animals, Dusty Springfield, and many more. It also includes the iconic portrait of Buddy Holly, which became the image for the long-running West End musical Buddy. Selected prints are on display in the Theatre & Performance galleries, Rooms 103 – 106, while the full collection of negatives are available online via Search the Collections. 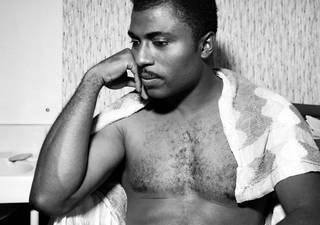 The founding father of music photography

Create your dream line-up with our gifts for music lovers