The Creative Studio at the V&A is being “dazzled” throughout the nine days of London Design Festival by graphic design studio Pentagram in a commissioned project inspired by a type of experimental camouflage used during the First World War. 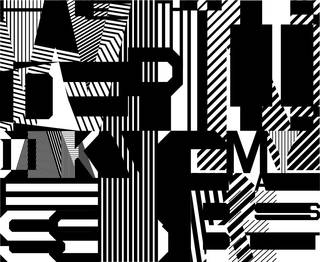 The idea of “dazzle”, a camouflage painted on to the surface of ships, was pioneered by British artist Norman Wilkinson, who prepared numerous designs for vessels, including US merchant ships, targeted by enemy U-boats. Drawing on avant garde artistic movements such as Cubism and Vorticism, as well as animal camouflage, these bewildering shapes and angles were designed to confuse the enemy as they struggled to make out the dazzle ships against shifting waves and clouds.