Censorship on the Elizabethan Stage

A special gallery talk exploring the forces of censorship on the Elizabethan stage... 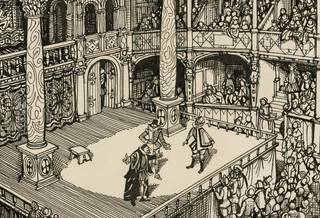 In the 16th century the plays of Shakespeare and his contemporaries were widely popular with everyone from City apprentices to Queen Elizabeth I and her court. However, plays also had dangerous social potential and were closely monitored by the State, with some playwrights facing arrest for seditious and slanderous content.

Join Carolyn Addelman, Researcher in the Theatre and Performance Department, for a special gallery talk exploring the forces of censorship on the Elizabethan stage, in honour of the 454th anniversary of Shakespeare’s birth.

Image: Used by permission of the Folger Shakespeare Library under a Creative Commons Attribution-ShareAlike 4.0 International License