Alexander McQueen was one of the most celebrated fashion designers of his generation, known for his highly original designs that married artistry with exceptional technical ability.

Alexander McQueen (1969 – 2010), known to his friends and family as Lee, was born and educated in London. He left school at 16 to become an apprentice on Mayfair's Savile Row – the historic centre of British menswear tailoring – first at Anderson & Sheppard, and then at Gieves & Hawkes, where he learned traditional tailoring techniques. He later worked as a pattern cutter at the theatrical costumiers Angels & Bermans.

At age 20, McQueen began working as a pattern cutter for the avant-garde, London-based Japanese designer Koji Tatsuno, before moving to Milan to join Romeo Gigli, an Italian designer admired for his understated, romantic designs. McQueen returned to London to complete the prestigious MA in Fashion Design at Central Saint Martins. Already a proficient tailor, here he learned how to be a fashion designer, drawing inspiration from London's history, its world-class museums and emerging BritArt scene. His graduate collection gained him extensive press coverage, and was purchased in its entirety by the influential fashion stylist Isabella Blow.

McQueen launched his own label in 1992. He was appointed head designer at Givenchy in 1996, succeeding John Galliano. In December 2000, the Gucci Group (now Kering) acquired a majority stake in McQueen's company, and he continued to serve as creative director. McQueen's occasionally stormy relationship with Givenchy ended in 2001.

McQueen's work was admired for its highly original blend of subversion and tradition, evident from the outset in his 'Bumster' trousers, sharp frock coats, corroded fabrics, slashed leather and shredded, flesh-revealing lace.

You've got to know the rules to break them. That's what I'm here for, to demolish the rules but to keep the tradition.

McQueen's Savile Row training would inform his career: "Everything I do is based on tailoring", he said. This background in precision tailoring, combined with the more improvised dressmaking and draping techniques he learned in the atelier (the highly skilled workshops of couture houses) at Givenchy – paved the way for his innovative experiments with cutting and construction.

Because I was a tailor, I didn't totally understand softness, or lightness. I learned lightness at Givenchy. I was a tailor at Savile Row. At Givenchy I learned to soften. For me, it was an education. As a designer I could have left it behind. But working at Givenchy helped me learn my craft.

One of the defining features of Alexander McQueen's collections was their far-reaching historicism. The 1995 Highland Rape collection was informed by his Scottish heritage, referencing the Highland Clearances of the 18th and 19th centuries, when tenants in the Scottish Highlands were forcefully evicted. McQueen was particularly inspired by the 19th century, drawing frequently on Victorian Gothic. Radical re-presentations of historical narratives continued throughout his career. "I like to challenge history", he stated in the 2008 BBC television series British Style Genius, emphasising the semi-autobiographical nature of some of his historical subject choices.

As a student, McQueen would visit the V&A at least once a week, to go through the archives and take inspiration from the Museum's diverse collections – from textiles to woodcarvings. He said, "The collections at the V&A never fail to intrigue and inspire me".

McQueen was also inspired by global influences. Africa, China, India and Turkey were all places that sparked his imagination, though Japan was perhaps the most thematically and stylistically significant. The Japanese kimono was a garment that McQueen endlessly reconfigured in his collections.

McQueen's exploration of polarities – man versus machine, or nature versus technology – was a recurring theme in his work. His collections often featured fashions that took their forms and raw materials from the natural world, such as the Mussel Shell Bodice from VOSS (Spring/Summer 2001), or the Bird's Nest headdress developed by Mcqueen's longstanding collaborators Philip Treacy and Shaun Leane for The Widows of Culloden collection (Autumn/Winter 2006).

McQueen was known for the dramatic intensity of his fashion shows, inspired by performance art and theatre. His spectacular catwalk presentations included the likes of VOSS (Spring/Summer 2001), which was centred around a glass box that resembled a padded cell in a psychiatric hospital, Scanners (Autumn/Winter 2003), where models traversed wind tunnels suspended above the runway, and The Widows of Culloden (Autumn/Winter 2006), where the model Kate Moss appeared as an ethereal apparition within a glass pyramid, echoing a 19th-century stage trick, 'Pepper's Ghost'. In 2009, Plato's Atlantis (Spring/Summer 2010) became the first fashion show to be live streamed on the Internet, via fashion website SHOWstudio.

During his lifetime, McQueen featured in two V&A Fashion in Motion events – live catwalk presentations staged against the beautiful backdrop of the Museum. The first, in June 1999, showcased designs from McQueen's Spring/Summer 1999 collection, while the second, in October 2001, celebrated the years of collaboration between McQueen and the jewellery designer Shaun Leane. By then, McQueen's reputation was such that over 3,000 people gathered in the Museum's grand entrance, hoping to see the event.

McQueen worked with a loyal, close-knit team and was known for his ability to recognise talent in others, whether jeweller, milliner or filmmaker. For his spectacular catwalk shows, he commissioned an array of one-off creations, not intended for production. To realise this vision, he worked with a diverse range of materials and craftspeople – from skilled woodcarvers to 'plumassiers' (feather workers), embroiderers to leather workers. As well as his longstanding collaboration with Shaun Leane, McQueen worked closely with the milliner Philip Treacy.

Between 2000 and 2010, McQueen opened stores in London, New York, Los Angeles, Las Vegas and Milan. His collaborative projects included working with PUMA on a special line of trainers; launching McQ, a younger, lower priced diffusion collection (2006); releasing the fragrances Kingdom (2003) and MyQueen (2005); and a collection of cosmetics for MAC (2007) inspired by the actress Elizabeth Taylor in her film role as Cleopatra.

McQueen's accolades included being awarded the title of British Designer of the Year by the British Fashion Council four times between 1996 and 2001. In 2003, he was awarded a CBE for his services to the fashion industry and also named International Designer of the Year by the Council of Fashion Designers of America. Celebrities including Nicole Kidman, Sarah Jessica Parker, Bjork and Lady Gaga all wore his designs.

In February 2010, McQueen was found dead in his London flat. Over 1,000 guests attended his memorial service. His final, unfinished collection (Autumn/Winter 2010) was completed by Sarah Burton, McQueen's Head of Womenswear since 2000.

The career of Alexander McQueen was celebrated in the exhibition, Alexander McQueen: Savage Beauty, first held at New York's Metropolitan Museum of Art in summer 2011, where it attracted 661,509 visitors over three months. It subsequently became the V&A's most visited exhibition, receiving 493,043 visitors during its 21-week run in 2015. 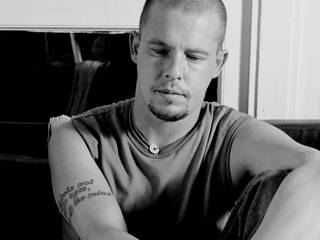