Tea, the world's most consumed beverage after water, has a long and global history stretching across centuries and continents. Discover some of the finest examples of the most ubiquitous of all kitchen utensils: the teapot.

The tea plant (Camelia Sinensis) was first discovered and cultivated in southeast China over 3000 years ago. Tea leaves were initially chewed, or ground into a fine powder to be whipped with hot water in tea bowls, which were placed on lacquer or porcelain stands. By the 1st century BCE, people in China began boiling tea leaves, but it wasn't until the 14th century that today's most common preparation was established: steeping tea leaves in hot water. As this method spread across China, a purpose-made vessel in which to brew tea was developed. These early teapots were made from purple zisha clay and porcelain. One of the first written records of a teapot appears in the Yuan Dynasty (1271 – 1368), in a book describing a purple zisha teapot bought from the Chinese scholar Sun Daoming.

From the 7th century, fermented black tea leaves were compressed into bricks to be transported thousands of miles from China over difficult terrain to Tibet, Nepal and across the Himalayas. A vast network of caravan paths known as the 'tea horse road' developed, which still exists today. A 19th-century example from this region contains elaborate decoration suggesting the pot was designed for use in religious rituals or weddings. The jaws of a Makara (marine monster) around the spout and the dragon-form handle are familiar Buddhist motifs found throughout the Himalayan regions of Tibet, Ladakh and Bhutan. The pot would have been used to serve loose leaf tea or butter tea, prepared by boiling lumps from the tea bricks in water to create a dark brew, into which yak butter, milk, barley meal and rock salt were blended to create a high-calorie drink, ideally suited to counter the cold climates of the Himalayas.

Europeans first encountered tea – along with other novel luxury goods such as spices, silk and lacquer – in the first half of the 17th century, a period of maritime exploration and trade. The Portuguese, Dutch and British were the first to export tea out of China and Japan by sea, but its extortionate cost – tea was once worth more than gold – made tea-drinking a luxury to be enjoyed only by the wealthiest members of society. The Dutch and British East India Companies ultimately became the dominant trading powers and both developed into empires as a result. On 25 September 1660, the English naval administrator and diarist Samuel Pepys was the first Englishman to record his experience of "a Cupp of Tee (a China drink), of which I had never drank before".

The first European teapots were similar in design to early coffee pots (coffee had also reached Britain in the mid 17th century), with a tapering cylindrical body and a conical lid. The spout was often set at a right angle to the handle. This silver teapot is the earliest known example made in Britain and is almost identical in shape and size to the silver and pewter coffee pots of the day. The British East India Company's coat-of-arms appear above an engraved inscription indicating that 'this Silver tea Pott' was commissioned by George Berkeley, who gifted it to the Company. Without the inscription, it would be difficult to know whether the pot was intended for tea or coffee. As silver conducts heat, handles were made from leather-covered metal or wood, bone and elephant ivory.

China's porcelain production dwindled in the mid 17th century due to political turmoil, and was quickly superseded by Japan. The Dutch East India Company (VOC) monopolised the trade of Japanese porcelain, ensuring a continuous supply to Europe. Japan's Kakiemon-style wares, characterised by brightly coloured enamels painted against a milky white ground, emerged in the 1660s and became the most sought-after porcelain in Europe. An example from our collection has silver-gilt mounts which were added once it arrived in Germany. Mounts highlighted the rarity and desirability of East-Asian porcelain tea wares, increasing their value. They were also used to mask cracks or breakages to the handles, finials and spouts, caused by the perilous sea journey.

While Kakiemon wares were made almost exclusively for export to Europe, Japan's flourishing tea culture also created a local demand for distinctive tea utensils, for use in the tea ceremony.

As porcelain arrived in increasing quantities from China and Japan, European silversmiths were inspired by a greater repertoire of shapes and forms. Pear-shaped teapots were a standard feature of English silver from the late 17th century, and remained the dominant form until the late 1720s. This type of oblong pear shape is thought to have been inspired from the form of Chinese ewers, which were originally used to serve hot wine or to pour hot water into tea bowls, and informed the shape of the very first Chinese teapots. The matted silver surface and acorn-shaped finial (decorative top) seen in this example are characteristically English, however.

At the turn of the 18th century, tea in Britain was brewed and served by the lady of the house in the drawing room. This new and respectable social ritual created a demand for tea wares made to the latest European tastes. Due to their extortionate cost, tea leaves were often stored in lockable caddies, while the beverage was served in small porcelain cups which held only a gulp of tea. Silversmiths across Europe were quick to turn their skill to making tea caddies and canisters, kettles, sugar tongs and other accessories deemed necessary to appropriately serve and enjoy this novel brew. Tea-drinking became a symbol of wealth, status and taste, while well-to-do families commissioned portraits of themselves at the tea table, surrounded by their utensils.

East-Asian designs and the Chinoiserie style – fanciful European versions of Chinese ornament – were deemed appropriate for teawares. However in the 18th century, for those who could afford it, whole tea and coffee services were produced and lavishly decorated to reflect the taste for the distinctly European Rococo or Neoclassical styles of the day. Monograms, crests and coats of arms were carefully engraved on teapots' bulbous bodies. The blossoms and asymmetrical shells and scrolls on this silver pot are characteristically Rococo.

Technical innovations also developed. Teapots and kettles on stands were first developed in the Netherlands and made from tin-glazed earthenware, known as Delftware. The pot was designed to rest on a stand fitted with a burner to keep the contents of the teapot warm. Many early silver teapots of this period may have once been accompanied by a burner, but these were often lost or melted down for other purposes.

By the late 18th century, tea-drinking had filtered down through all social levels and was no longer the privilege of the wealthy. The British made tea more palatable by adding cream, milk and sugar, which became widely available through Britain's reliance on the labour of enslaved people in the sugar plantations of the West Indies. The availability and affordability of these commodities went hand in hand with colonialism. Britain's imperial expansion led to the exploitation of China, India, the Caribbean islands and North America, and their raw materials became the backbone of the British economy. Colonial power was celebrated through decorative motifs like Robert Hancock's 'The Tea Party', which shows a well-dressed couple drinking tea in a garden, attended by a young black male servant. Many variations of this design were used to decorate milk jugs, teapots, cups and saucers destined for the British home.

The 19th century ushered in an era of industry and innovation. An ever-widening choice of materials such as ceramics, glass and inexpensive metal products, such as electroplate and Britannia Metal (an alloy mainly of tin), expanded the market for tea wares and other domestic goods to furnish and decorate the home. They also enabled tea to be served in railway carriages, on steamships and in hotels. Cheap and efficient mass-manufacturing offered diversity in shape, ornament and design, which responded readily to the Victorian taste for novelty wares and eclecticism.

By the mid-19th century, tea was drunk on a daily basis by every level of the social scale. To counter the long gap between lunch and dinner, a light, mid-afternoon meal of bread, butter, biscuits and cakes was occasionally served with tea, formalised in the social event of 'afternoon tea'.

Between the first and second world wars, designers and skilled craftsmen began working hand-in-hand with industrial and mechanised production. This was reflected in the design and manufacture of domestic goods, including tea and tablewares. Embellishment was limited, design was streamlined and the overall effect was one of deceptive simplicity and purity of line. David Mellor, a silversmith trained at the Royal College of Art, collaborated with industry to great effect. His 'Pride and Embassy' range won the Design Centre Awards in 1965. The pot's insulated synthetic handle is an update on the traditional bone or wood handle, demonstrating 20th-century advances in materials. Mellor was later commissioned to produce a whole service to be used in British embassies around the world, designed to subtly promote a modern style.

By the 1970s, art and design had moved further away from tradition to become completely experimental, conceptual and playful. This postmodernist era saw the use of industrial materials and techniques, and the introduction of new and international design movements. Collaboratives and groups of designers such as the Memphis Group sought to revitalise design by rejecting the conventional in favour of the bold, the colourful and the visually eclectic. One witty teapot designed by Peter Shire for Memphis blurs the boundaries between functionality, fine art and craft. Shire made use of the teapot's defining features, the spout and handle, to shift the form away from its function and become sculptural.

In the 21st century, the teapot has arguably been made redundant due to the prevalence of the teabag – unceremoniously dropped into a cup, brewed, and the contents drunk hastily. However, the teapot's iconic form, function and historical legacy continue to resonate with craftsmen and metalsmiths today. 'Brouhaha' by David Clarke reflects on tea's long and complex history by juxtaposing the old and new. A 19th century teapot has been stretched out to morph into a vase, shifting the teapot away from its original purpose, yet remaining instantly recognisable. Clarke pushes the boundaries of shape and style to address the potency of material culture, well-loved domestic objects, and their familiar forms.

The teapot is a constantly evolving object. Designers continue to innovate by uniting modern features with traditional details that have stood the test of time. The ceramicist and designer Ian McIntyre set out to uncover the story behind an iconic British teapot, the Brown Betty, and 're-engineer' it to create a design classic that celebrates its cultural value and history: 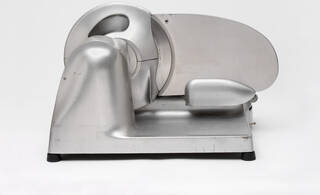