'Tippoo's Tiger' was made for Tipu Sultan, ruler of Mysore in South India from 1782 to 1799. It is one of the V&A’s most famous and intriguing objects.

The tiger, an almost life-sized wooden semi-automaton, mauls a European soldier lying on his back. Concealed inside the tiger's body, behind a hinged flap, is an organ which can be operated by turning the handle next to it. This simultaneously makes the man's arm lift up and down and produces noises intended to imitate his dying moans.

Tigers and tiger stripes were part of the decoration of Tipu Sultan's possessions and anything made to proclaim his rule or personal association. Jewelled gold tiger head finials were on his throne, and tiger stripes were stamped onto his coinage, and his swords and guns incorporated tiger heads and stripes in their forms and ornamentation. Small bronze mortars made for his army were in the shape of crouching tigers, and the men who fired lethal iron-cased rockets against the British wore tunics with stripes woven into the fabric.

Tipu Sultan strongly resisted the attacks by British East India Company army on his kingdom. The Company had been established to trade, but by the late 18th century was extending British rule in India. It fought three wars against Mysore before making the final assault on Tipu's capital, Seringapatam, in 1799. The ruler was killed as the army swept into the city and looted the houses of its inhabitants. Colonel Arthur Wellesley, later the Duke of Wellington, restored order by hanging and flogging some of the men responsible. Tipu's treasury was divided on the spot between the soldiers according to rank, but the wooden tiger was shipped to London. It was displayed in the Company's new Indian Museum and quickly became one of its most popular exhibits. When the Museum eventually closed, the famous tiger was transferred to the South Kensington Museum, later renamed the Victoria and Albert Museum. It has been on public display ever since apart from a brief period of seclusion during the Second World War.

The complex significance of the tiger motif to Tipu Sultan is explained by its frequent association with the letter 'H' and the name 'Haidar'.

Haidar Ali was the name of Tipu's father, a remarkable soldier and leader who effectively took over the former Hindu kingdom of Mysore, leaving it to his son who ruled directly. However, 'Haidar' would simultaneously have been understood as an allusion to Ali, the Prophet Muhammad's son-in-law and cousin. He is the universal model for heroes in Islam, and is also known as Haidar, or 'lion' and 'Assadullah', meaning 'Lion of God'. Verses written in Persian, the official language of the court, and inlaid in gold on the steel of some of Tipu’s guns, explicitly proclaim that the ruler’s victories come 'through the agency of Haidar'. The letters of the name Haidar are also arranged on some of the royal swords to form a tiger mask, demonstrating that the two animals can be interchangeable in this context.

After the British victory, a medal was struck in England to be given to every East India Company soldier who had taken part in the Siege of Seringapatam. On one side, a snarling, powerfully built lion is shown forcing a violently resisting tiger to the ground. Above them, a banner bearing the Union flag proclaims in Arabic Assadullah al-Ghaleb, 'the conquering lion of God', borrowing the idea of Tippoo's tiger but leaving no doubt that here, the British lion defeats the 'Tiger of Mysore'.

Listen to the strange sound of the pipe organ being played by Jake Wilson, a classically trained musician of Western music who also studied sitar in India. 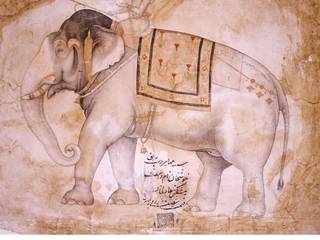 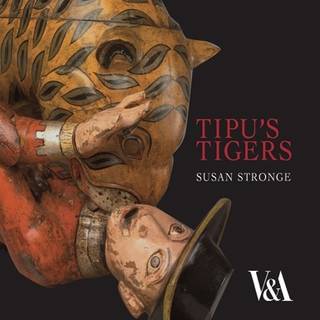 Tipu's Tiger is one of the V&A's most enduringly famous and fascinating objects. Commissioned in the 1790s by Tipu Sultan of Mysore, who kept the spectacular wooden semiautomaton in the music room of his palace, the tiger was shipped to London after Tipu was killed in 1799.