Inspired by the phenomenal treasures of the Thurn und Taxis Collection, Regensburg 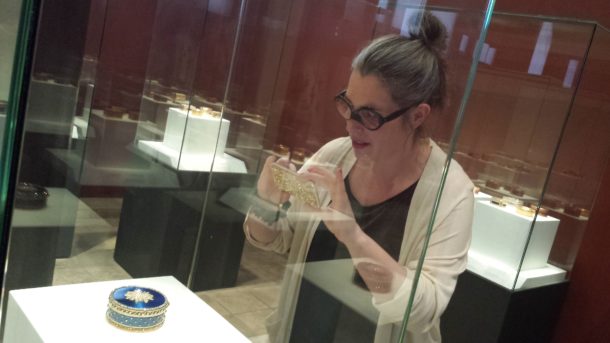 As artist in residence I am working on the idea of a jewel casket for our time. To do so, I take inspiration from the past. Over the past weeks I have explored how the eighteenth-century boxes in the Gilbert Collection were made and worked with fellow artists to create contemporary responses which appeal to all senses: hearing and smell have already been on my agenda. Touch and sight will feature when we hold a workshop to design tattoos inspired by the collection.

As part of my immersion into the world in which the boxes were made, I visited the Thurn und Taxis Treasury in picturesque Regensburg, South Germany, in the company of curator Raphael Beuing and former Gilbert Collection curator Heike Zech. The collection of around 100 boxes was first recorded as early as 1797 and can still be seen in a museum in the family palace. Since the late eighteenth-century, the group has hardly changed: Only one box got away in the 1990s. It is now in the Rosalinde and Arthur Gilbert Collection and one of my key inspirations. 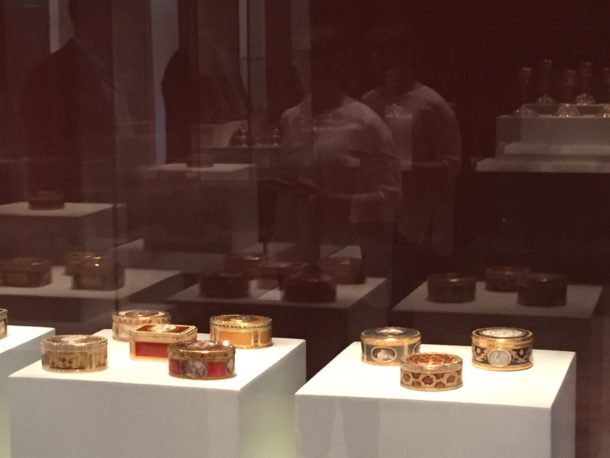 Many of the boxes were gifts to the family or bought for Prince Karl Anselm von Thurn und Taxis by his valet Morin as fashionable snuff containers. Experiencing the boxes alongside the jewellery, carriages and interiors that make up the world of Thurn und Taxis family has been a transformative experience which showed how every detail had its indispensable function and symbolism in this courtly cosmos.

Seeing the ultimate craftsmanship, the amount of invention and glamour of those objects makes me wonder what the equivalent might be today. And what might be its ‘habitat’? At the same time these pieces are still as exciting and covetable today as ever. They trigger very much the same questions about the balance of luxury and economy, as well as function and style that I have been asking myself while working on my box for the 21st century. 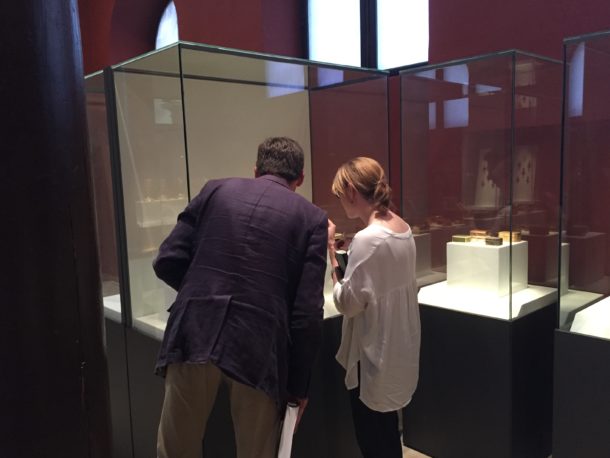 The construction of the gold boxes changed during the 1730s to make the boxes lighter and used less gold. Instead of massive gold, the material was only used to create a lightweight frame for panels.

The designs of these panels followed fashion closely, and I still found them utterly up-to-date: There is a circular with leopard-spotted enamel. Another box shows the sun on one side and the moon on the other, both diamond-set against a dark blue and yet translucent enamel sky: what an extraordinary idea to create this precious heaven to be held in a hand. 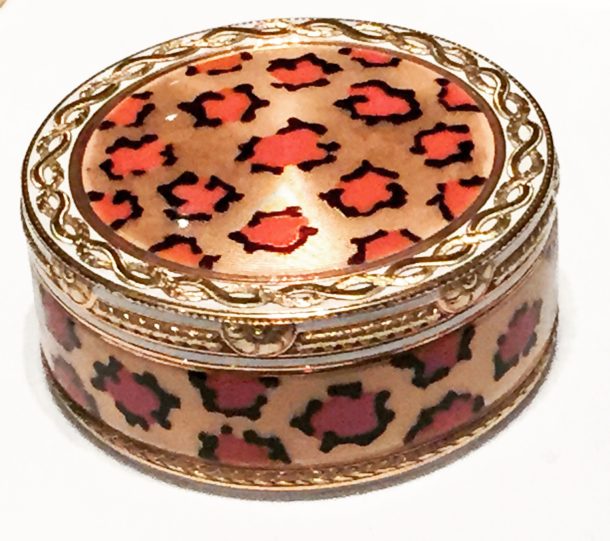 While taking pictures of the piece using my smartphone (which currently is protected by a golden cover) ideas start to form for my work. I shall keep you posted…

Silvia Weidenbach is one of our artists in residence until October 2017. She will have Free, drop-in Open Studios where you can meet the artist and see her work during this residency.

Supported by the Gilbert Trust for the Arts

It is now nearly 40 years ago when I started in Sotheby’s
My passion for snuffboxes still strong
I was involved in that historic sale of the Thurn und Taxis Tabatieren to the Bavarian Government and the Fredrick the Gray box in 1992 at the Thurn und Taxis Sale.
I very much look forward what will be created now !!
Wishing great success
Heinrich Spreti