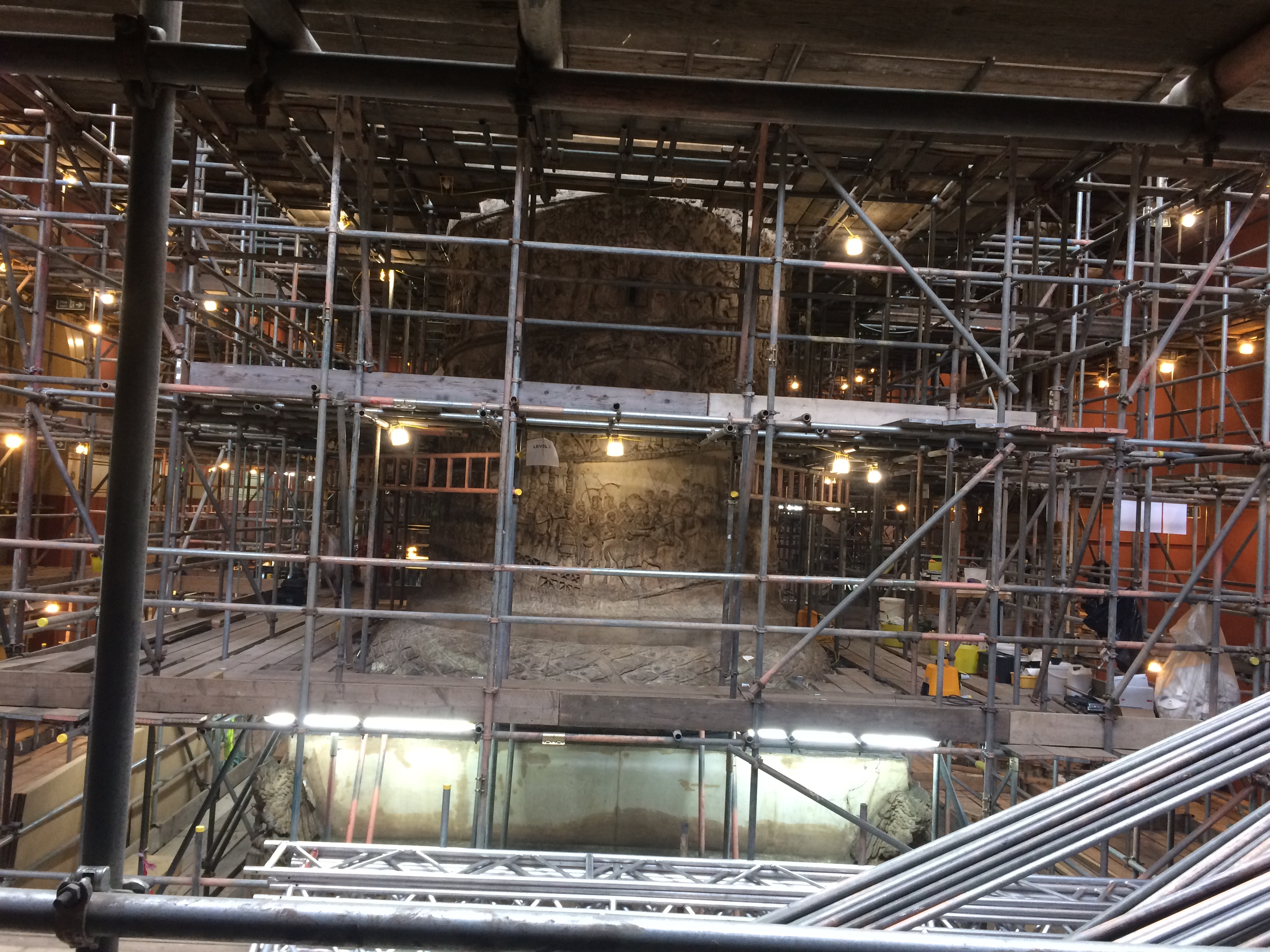 Just before the middle section of zone 1 was taken down, Victor Borges (Senior Sculpture Conservator) and I nipped up onto the scaffolding for one last close look at the Portico de la Gloria while we had the chance. The team had already removed a large amount of the scaffolding above us so light flooding down from the roof enabled us to see the cast post-conservation, and under natural light for the first time. Years and years of dust have been painstakingly removed by Victor and the rest of the team, and as a result the object has been transformed. The lower part of the cast is yet to be conserved as it will be more easily accessible when all of the scaffolding has been removed. For now though the top of the cast looks magnificent, but has been carefully covered in plastic sheeting to prevent any more dust gathering on the object before the gallery re-opens.

In preparation for the striking of zone 2 of the scaffold, the team have been working flat out to ensure that conservation and photography of Trajan’s column was completed. The two casts have now also been wrapped in plastic for the next year to ensure that no dust from the scaffold can work its way back onto the objects. Conservators and technicians have now moved onto the final section to complete work in this area before zone 3 is struck.

The view of the Portico de la Gloria cast from the window in Room 111. <3

I feel it interesting, your post gave me a new perspective! I have read many other articles about the same topic, but your article convinced me! Thanks your share!

Thanks for sharing information.Your blog has always been a source of great tips.