From the beginning, we have been keen to use this research project to connect with local specialists in Torrijos, to learn from them about their town’s history, and to speak with them about what the absence of the palace and its ceilings and other grand furnishings means to them. This was one reason why we were accompanied on our research trip to Torrijos last November by Peter Kelleher, videographer and photographer in the V&A’s Digital Media team.

We were joined on our site visits in and around Torrijos by colleagues from the local Town Council (Ayuntamiento) and the local history association (the Friends of the Collegiate Church of Torrijos), as well as colleagues from Lo Blanco in Madrid, who specialise in the restoration and creation of strapwork carpentry ceilings. We conducted five interviews.

We had always intended to edit these interviews into short films for the V&A website, but the Summer Showcase exhibit at the British Academy in June finally gave us the opportunity to do this. Four of these interviews were cut down and edited into a 10-minute film, together with overlays of some of the photographs Peter took during our research trip, and some of the older graphic material we have gathered during the project. Film-maker Carlos Jiménez edited the films, and our research assistant Maite Chicote translated them for the subtitles. This became the film ‘Voices from Torrijos’ and was one of two films that played on a monitor accompanying our exhibit.

Carmen Palomo López is a retired paintings conservator, who was born in Torrijos opposite the Palace of Pedro I, and now lives in Alcalá de Henares. During her career, Carmen worked on many of the wall-paintings in the Colegiata, or Collegiate Church, of Torrijos as well as in Pedro’s palace.

In her interview, she said that today people in Torrijos don’t talk much about the disappeared palace – it’s not much thought about by the younger generation. She doesn’t remember ever seeing any traces of the palace. She was aware that one of the ceilings was in the V&A collection, but she didn’t know where to find it when she visited London – despite that, she was very proud that there was something from Torrijos in such a well-known museum. She was happy to hear that the ceiling will be redisplayed at V&A East Storehouse and that in this way visitors to the museum will find out more about Torrijos.

Julio Longobardo Carillo established the association ‘Friends of the Collegiate Church of Torrijos’ 25 years ago, and has written many books about the town, its noble patrons and the buildings they sponsored. He and his colleague Justiniano de la Peña Carbonero wrote the book Los Palacios de Torrijos, which is now our bible for the history of the lost Palacio de Torrijos; Julio also wrote one of our blog posts.

Julio is a torrijeño through and through – he was born and raised in the town and has made his life there. He is sad about the loss of the palace built by Gutierre and Teresa, but as part of a more general sadness about the loss of cultural heritage that could have been saved. He hopes one day there might be a museum in Torrijos – he would love to have a ‘small V&A’! He also talked about how, whenever a friend would visit London, he would tell them to go to the V&A to see the ceiling – but they would always come back saying ‘It’s not there’. He is very proud that soon he will be able to confidently tell friends that they can see ‘a piece of our history’ in the V&A.

Both Carmen and Julio were filmed in the patio of the Hospital de la Santísima Trinidad in Torrijos, founded by Teresa Enríquez in the early 16th century; this has recently been subject to an excavation and restoration campaign, and the Ayuntamiento plans eventually to reopen it as a historic monument.

During our research trip, we visited places outside of Torrijos where other large-scale elements of the palace had been taken. This includes the Finca El Alamín, a hunting estate outside the village of Santa Cruz del Retamar, about 40 km from Torrijos. The palace’s main entrance portal was relocated here when it was purchased by the Marchioness of Comillas. It now stands at the entrance to what was her private chapel, and you can see it in the background of the next two interviews, both with colleagues from the Ayuntamiento of Torrijos.

Nicolás Torres Camacho is the Culture and Tourism Officer for Torrijos Town Council. This was the first time he had been able to visit the Finca El Alamín and see the palace’s portal. He was overwhelmed by its scale and the consequent size of the lost palace. He talked about the ‘dismemberment’ of the palace, as its elements ended up in the hands of private collectors or in museums overseas, including the V&A. He talked about how the portal came to be at Finca El Alamín, and how the Marchioness wanted to particularly honour the memory of Teresa Enríquez, who had been famous for her piety.

When asked how he felt about the loss of the Torrijos palace, he talked about mixed feelings: on the one hand, loss, wondering what it would be like to the town of Torrijos today if the palace still stood, especially thinking about the possibilities for tourism and the economic benefits that would bring. But, after more than a century, the memory of the palace has faded. On the other hand, he is very happy that our project is helping to recover the memory of the palace and the town’s lost heritage.

Lastly, Fernando de Miguel Cuesta is the Councillor for Cultural and Local Innovation at Torrijos Town Council. It was also his first time seeing the portal at Finca El Alamín. He was also impressed by its scale, and talked about how this was a metaphor for the personalities of history – from a distance they seem small and unimportant, but they gain in significance as you get closer to them. Fernando also talked about how the loss of the town’s cultural heritage contributes to a loss of identity, and how the people of Torrijos are losing their connection to history through the absence of the palace. It was a pleasure to visit the traces of the palace together with us but also frustrating. But he also talked about his pride in knowing that these artworks from Torrijos could be seen around the world, in a sort of itinerant exhibition – and that they would always lead back to Torrijos.

The fifth interview we conducted was with Enrique Nuere, whose research and architectural work has recuperated the techniques of how strapwork carpentry ceilings are made and who is the world’s most knowledgeable person about this type of construction. We filmed a fascinating discussion between him and our colleague Victor Borges, from the V&A’s Conservation team, who has been leading on the conservation project our ceiling has undergone. However, as we started the work of editing the film, the theme of this conversation didn’t really fit with the others, and we decided it would be better to make a standalone film of Enrique at a later date, talking in a more focused way on the subject of carpentry ceilings, their construction and history. Watch this space!

The other short film that we screened at the Summer Showcase is called ‘Glimpses from Conservation’. This is intended to be a ‘teaser trailer’, with close-up details of all the different sections of the ceiling as it was laid out in the conservation studio. A longer version of this film was made in April 2021, for us to share with our research collaborators in the online workshop we held to launch the project – we had hoped to be able to bring them all together in person, in front of the ceiling, but Covid restrictions did not permit this. We made a detailed film to share with them, and then gathered in a virtual environment to discuss their thoughts and comments. This has now been edited, also by Carlos Jiménez, into a 5-minute long journey around the V&A’s ceiling. You can watch it here – enjoy! 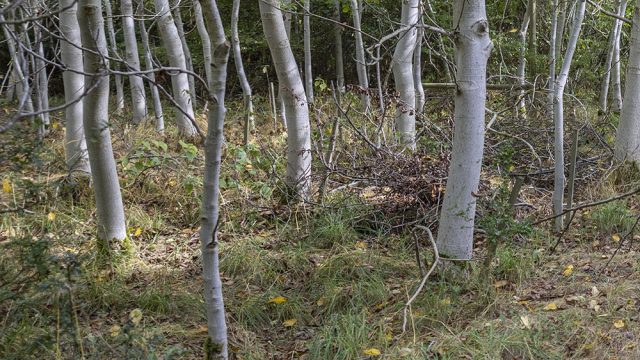 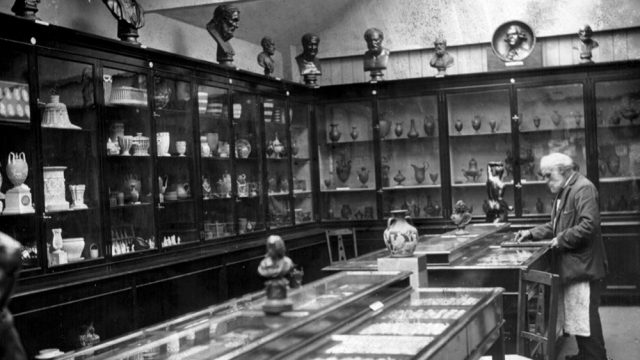