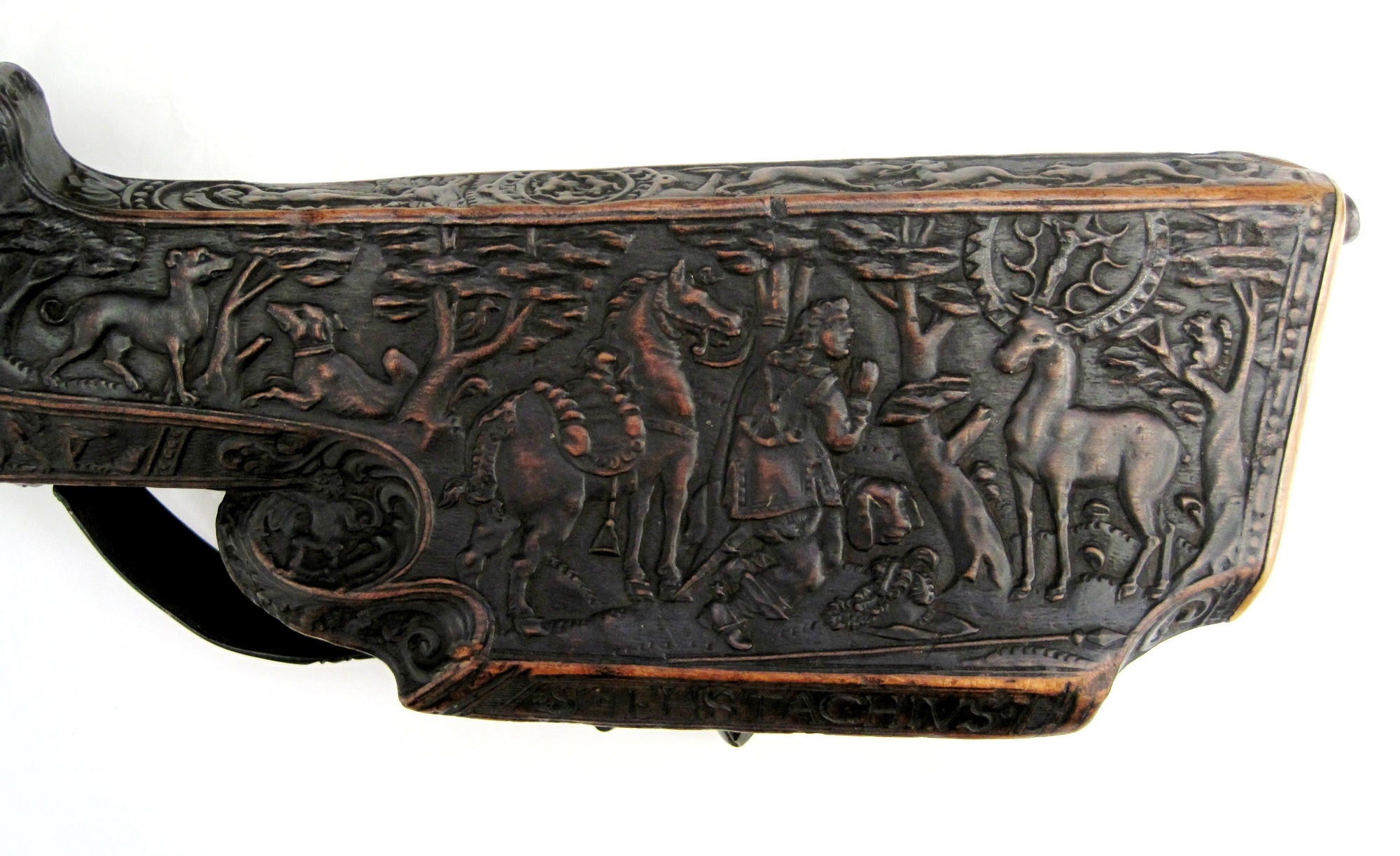 Today is the feast of another of our Holy Helpers, Saint Eustace. In his person is united the graphic design for Jägermeister, a new theory concerning the term ‘family roast’, and the pleas and devotion of nearly two millennia of firemen. Read on, bold traveller of the internet, and be enlightened.

Eustace was a Roman general in the service of the emperor Hadrian at the start of the 2nd century. While out hunting one day he claimed to witness the sign of the cross lodged between a stag’s antlers, and was immediately converted to Christianity. This symbol of stag and crucifix may seem hazily familiar to many who have attended university in the UK, for it appears slap in the middle of the label on a bottle of Jägermeister. The story doesn’t run that the sign made Eustace feel a bit diddled, nor that he took his shirt off and swung it around his head exuberantly, but that he immediately rushed home to convert his family to his new religion. Upon hearing the sincere and imploring prayers of his new lambs, God, in an Old Testamenty sort of mood, decided to test Eustace’s faith. To find out if Eustace really meant it, the Lord stole his money, killed his servants, had his wife kidnapped by a pirate and sent a lion and a wolf to spirit away his children.

Eustace really did mean it, so when he was eventually reunited with his family and called make a sacrifice to the Roman gods, he refused. Hadrian, who was a noted Hellenist, revived a favourite Ancient Greek method of execution to dispatch the pesky Christians: roasting them alive in a giant bronze bull. This delicious method had supposedly been used on Christians before, notably by the Emperor Domitian in AD 92 to martyr Saint Antipas.

Eustace was a popular saint in Germany, and that is reflected in the V&A objects which show him. The small ivory casket features episodes from his life, including his baptism and his martyrdom. The stock of the gun is carved with the scene of his encounter with the stag. Eustace is patron saint of Madrid, firemen, huntsmen, torture victims and trappers, and can be invoked against fire or when things start to get a bit hairy.

Great website. Lots of information to Read…Great Man Keep Posting and update. Thanks.