William Henry Fox Talbot was credited as the British inventor of photography. In 1834 he discovered how to make and fix images through the action of light and chemistry on paper. These 'negatives' could be used to make multiple prints and this process revolutionised image making. His interests in photography went well beyond this initial discovery as he also pioneered photographically illustrated books and photomechanical reproduction methods, ushering in the 'age of the image'.

Read more Read less
A true polymath, Talbot excelled in many fields, including mathematics, optics, botany, chemistry and linguistics, and for much of his life he was actively involved in scientific communities in England such as the Royal Society. He could not, however, master drawing. It was this inability that prompted him to experiment with capturing images using a camera. Talbot patented his negative photographic process, which he called the 'calotype', in 1841. He published his photographic discoveries and ideas, illustrated with original photographs, in his book 'The Pencil of Nature'. Later, he pioneered photographic engraving – printing photographs in ink. Talbot's processes became the basis of virtually all subsequent photography. Our collections hold around 500 prints and negatives by Talbot, eleven of his cameras, eight of his photomechanically etched plates, several copies of the first photographically illustrated book 'The Pencil of Nature' and some of his correspondence. 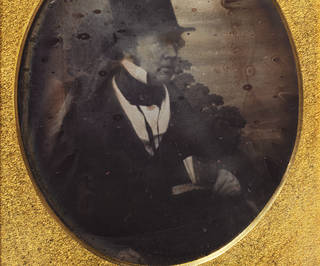 Find out about mousetrap cameras 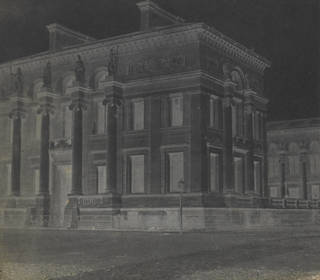 Fox Talbot and the Calotype

What is a calotype and how was it invented?