William Henry Fox Talbot (1800-1877) was a skilled scientist, mathematician, Greek scholar and politician, often rightly described as a polymath. Endearingly, however, he later claimed his most famous invention came about because he was bad at drawing and frustrated by his lack of skill.

Whilst on honeymoon in Italy with his wife Constance, Talbot tried to draw a picture of Lake Como using a camera lucida. A camera lucida is a drawing aid which uses a prism to allow the artist to simultaneously see the landscape before him or her and the drawing paper. Talbot was frustrated with the outcome of his drawing, especially in comparison to Constance's accomplished artwork, and wished that the image made by the camera lucida could be fixed in a more mechanical and accurate way.

When Talbot and Constance returned home to Lacock Abbey in Wiltshire, he started treating paper with various chemicals to see if he could capture an image through the action of light and chemistry. These experiments led to photograms, where an object is placed directly on top of sensitised paper and left in the sun. This technique does not use a camera and produces silhouettes of the object.

Talbot often made photograms of plants, flowers and lace, as he thought these might be commercially viable as illustrations for books and catalogues. He called these images 'photogenic drawings'. Later, he started including lenses and wooden boxes in his experiments, incorporating more of the features of the camera lucida. Constance, who was often tasked with helping in the experiments, nicknamed these little wooden boxes his 'mousetraps', as they would be left in ledges and corners at Lacock while the images formed on the paper inside.

The birth of photography is complicated. Talbot, in England, and Louis Jacques-Mandé Daguerre, in France, both came up with very different ways of taking photographs at roughly the same time. Well before this, inventors and chemists such as Elizabeth Fulhame, Thomas Wedgwood and Joseph Nicéphore Niépce laid the scientific groundwork, making things that were arguably 'photographic'. The scientific milieu of the time created the right kind of enquiries and interests for inventions in photography to transpire and Talbot was very much part of those interest groups.

Talbot's major invention, resulting from his experiments, was called the 'calotype', sometimes referred to as the 'talbotype'. This technique creates a paper-based photographic print using a paper negative. The positive-negative process allows many positive prints to be made of the same image, as the negative can be printed multiple times. The earliest surviving negative is one by Talbot depicting the lattice window at Lacock Abbey, made in August 1835.

In contrast, Daguerre’s 'daguerreotype' process gave more sharply detailed images, but they were unique pictures on highly polished silver plates which could not be replicated. As the names given to each process suggest, there was a degree of rivalry and competition about the ownership of the different photographic processes that led to legal disputes, patents and licensing systems as the technologies developed.

One of the key problems, which remained an issue for decades after the birth of photography, was not making the image in the first place, so much as 'fixing' it, so that it was a stable picture which did not fade. Joseph Nicéphore Niépce was making photographic images in Chalon-sur-Saône as far back as the 1820s, but his work was not widely known. Talbot himself spent many years trying to make his photographic images permanent, with many failed attempts. Many of his photographs are so prone to fading that we can only look at them now in a darkened room under red light, as the wavelength of red light does not cause further fading.

Talbot's early photographs, faded though many are, include some very beautiful images. Talbot photographed scenes around Lacock Abbey, sculptures, landscapes and family members. As these photographs were made on (good quality) writing paper, they look and feel different to the thicker shiny photographic papers we are more accustomed to in recent times. The image in a calotype looks matt and as if it is embedded in the paper itself, rather than sitting in a layer on the surface. Talbot would often trim his photographs with scissors, perhaps either to crop the image to the bit he wanted, or to hide the torn edges where the paper had been removed from being pasted into the camera by the corners.

Talbot's most famous photographic project was The Pencil of Nature. This was the first ever published book to be illustrated with photographs. It was sold by subscription in instalments between 1844 and 1846.

Talbot didn't just stop at one invention, however. After inventing the talbotype process, he put years of effort into developing photomechanical printing processes. This was a significant goal at the time, as it would allow the mass production of books containing printed images based on photographs for the first time. This was important for many fields but held particular potential for the communication of scientific information to a wider public, which was one of Talbot's key ambitions.

A wealth of material exists about Talbot and his discoveries in several museum collections and archives in the UK and abroad. Within the Royal Photographic Society Collection at the Victoria and Albert Museum there are nearly 500 prints and negatives by Talbot, eleven of his cameras, eight of his photomechanically etched plates, several copies of The Pencil of Nature and some of his correspondence.

Further important Talbot collections include The National Science and Media Museum, the Bodleian Library, the British Library and the National Museums Scotland. The Bodleian host the Talbot Catalogue Raisonné.

Most of Talbot's known correspondence has been digitised.

You can even visit Talbot's house, which is now owned by the National Trust.

These collections and works of scholarship allow us to see, in detail, the way that Talbot developed his processes and worked through the challenges of the medium. They also give a sense of the man himself, his interests and professional relationships. 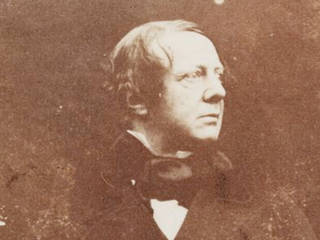