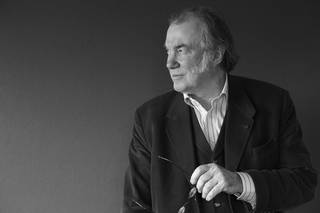 Don Carlo (Luis Cansino) has sworn to revenge his father’s death, shot accidentally as his sister Leonora (Mary Elizabeth Williams) and her lover Don Alvaro (Gwyn Hughes Jones) sought to elope. Now Lenora, alone and hunted, seeks sanctuary at the hermitage of Padre Guardiano (Miklós Sebestyén). But the implacable power of fate is never far behind...

In a career spanning over 45 years, David Pountney has been Director of Productions at Scottish Opera and English National Opera, Intendant of the Bregenzer Festpiele and, since 2011, Artistic Director of WNO. La forza del destino marks the beginning of a three-year partnership with Theatre Bonn to bring new productions of some of Verdi’s greatest operas to the stage.

Patron of the Verdi Trilogy: His Excellency The Italian Ambassador
Supported by the Kobler Trust and WNO Verdi Syndicate