Culture in Crisis: Stephennie Mulder: Saving the Past for the People

A Critique of the ‘Universal’ Heritage Model 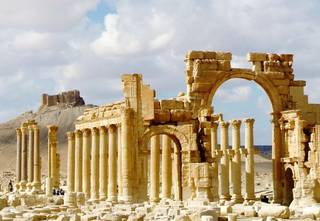 For the past six years, the world has watched in horror as Syria and Iraq have endured some of the worst human and heritage violence since World War II. Stephennie Mulder (Associate Professor of Islamic Art and Architecture at the University of Texas at Austin) will discuss the destruction of heritage in wartime and, through a critique of the “universal” heritage model, will offer a vision for how inclusive reconstruction has the potential to be a genuinely healing act of resistance and recovery for local communities.

Stephennie Mulder is a specialist in Islamic art, architectural history, and archaeology. She has worked for over ten years as the head ceramicist at Balis, a medieval Islamic city in Syria, and has also conducted archaeological and art historical fieldwork throughout Syria, Egypt, Turkey, and elsewhere in the region.

This event is part of the V&A’s Culture in Crisis Series.