Costumes from the world premiere of Roles 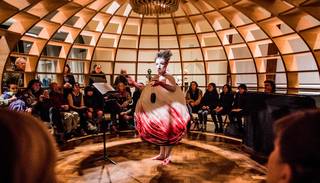