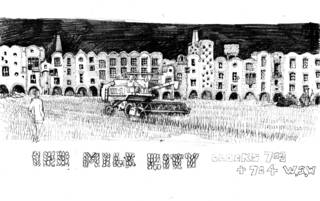 Described by The Independent as one of the UK’s leading urbanists, Peter Barber has proposed an ambitious solution to the housing crisis: a belt of high-density, low-rise homes surrounding London, joined up by an orbital monorail, that he calls the ‘Hundred Mile City’. He will talk about his eponymous practice, and his big idea to preserve social housing in the centre of the city by densifying suburbia.