Ivan Kyncl: In The Minute

A display of photographs by Ivan Kyncl, celebrating his ability to capture the essence, atmosphere and emotion of a theatrical production. 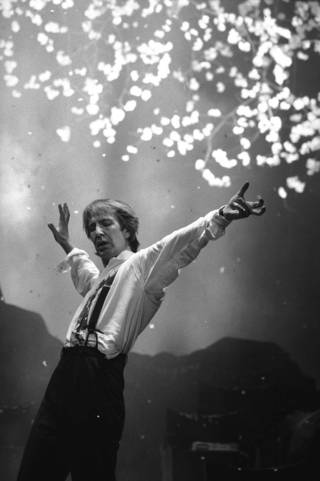 After arriving in the UK as a political refugee in 1980, Ivan Kyncl’s (1953-2004) career saw him photograph over 500 plays, operas and musicals. This display celebrates Kyncl’s ability to capture the very essence, atmosphere and emotion of a theatrical production through his unique “in the minute” approach.

Kyncl's impressive career encompassed productions at the Royal Shakespeare Company, National Theatre, Royal Court and Almeida with the display featuring photographs from 60 diverse productions across the UK: one for every second in the minute. The V&A acquired his theatrical photographic collection in 2018, which contains over a million images and is one of the richest chronicles of the British stage in the late 20th Century.

Visit the shop
Background image: Alan Rickman in Tango at the End of Winter, Piccadilly Theatre, 1991. Photograph by Ivan Kyncl.