Discover how graphic design platformed the struggles of peoples in and descendants of Asia, Africa and Latin America with this display of posters 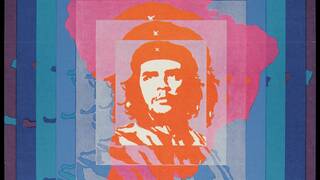 OSPAAAL (1966–2019) stands for the Organization of Solidarity with the People of Asia, Africa and Latin America and was a Cuba-based solidarity organisation born in the 1960s out of anti-imperialist and revolutionary movements in the Global South. Created following the 1966 Tricontinental Conference, the group focused on producing the Tricontinental magazine and placing accompanying posters within the pages of the publication. OSPAAAL: Solidarity and Design brings together a selection of reproductions from the V&A’s collection, focusing on the beginnings, reach and process of the OSPAAAL group.

The 1966 Tricontinental conference brought together as revolutionary leader, Ben Barka phrased it, “currents of the world revolution”. Based in Havana, Cuba, the conference was an important milestone in anti-imperialist relations, featuring over 500 delegates and 200 observers, from over 82 countries and three continents. The group campaigned for emotional and material solidarity between revolutionary, socialist and radical liberation movements across the globe. Solidarity undertaken through writing and political advocacy, but also through graphic design which platformed the struggles of peoples in and descendants of Asia, Africa and Latin America.

Part of London Design Festival at the V&A
#LDF22

Find out more
Background image: Day of the Heroic Guerrilla by Helena Serrano, 1968 for OSPAAAL, the Organization of Solidarity with the People of Asia, Africa and Latin America.