Opera Weekender: Guildhall School of Music and Drama presents The Phantom on Film

Discover how opera’s most famous off-shoot - The Phantom of the Opera - has inspired and infiltrated cultures around the world and been adapted for artistic mediums and genres from film through to cabaret. 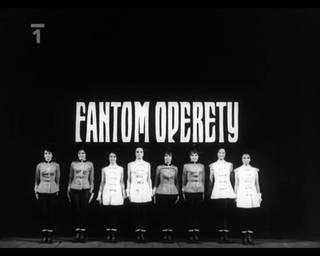 This series of presentations featuring film clips, audience interaction and live performances by students and alumni of the Guildhall School of Music and Drama shows the prolific influence of The Phantom of the Opera across the globe.

John Snelson, Head of Interpretation at the Royal Opera House, discusses the ideas of territory and space in the theatre and beyond that are so important to the Phantom of the Opera phenomenon, ranging from Gaston Leroux’s original novel in 1909-10 to the very many Chinese adaptations on film and television.

Charlotte Gleghorn of the University of Edinburgh demonstrates the fascinating range of genres covered by the Phantom adaptations (from opera to cabaret, and from horror films to telenovelas) with particular reference to comic versions from South America.

Annette Davison of the University of Edinburgh explores the theme of ownership in Hollywood through re-tellings of the Phantom’s story, and more generally the place of music in the various cultures and societies represented in the films.

This event is a collaboration between the Victoria & Albert Museum and ‘Screen adaptations of Le Fantôme de l’Opéra: Routes of cultural transfer’, a research project led by Cormac Newark of Guildhall School of Music & Drama and generously supported by an International Networks grant from the Leverhulme Trust.