Join us for a special screening of Edward Bond’s notorious and shocking play Saved, recorded in 2011 for the National Video Archive of Performance. 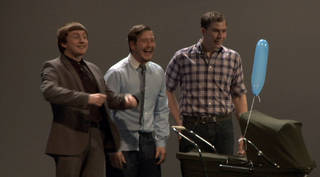 In 1965, Edward Bond’s Saved met with widespread outrage. With its scenes of brutal violence, it was banned by the Lord Chamberlain’s office and rarely performed. Sean Holmes’ 2011 production marked the first time the play had been seen in over 25 years.

Recorded at the Lyric, Hammersmith on 3 November 2011 for the National Video Archive of Performance.