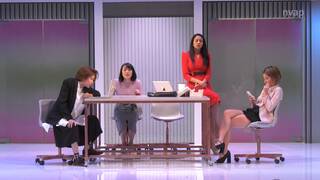 Join us for a free screening of White Pearl, by Anchuli Felicia King. This production was directed by Nana Dakin and was recorded live by the V&A at the Royal Court Theatre (Jerwood Theatre Downstairs) in May 2018.

A South Asian beauty company has gone ‘viral’, but for all the wrong reasons! King’s dark-humoured play analyses consumer colonialism, the power of 21st century social media, and beauty standards for Asian women, as the leaders of the toxic company try to cover up their mistakes.

The screening is 85 minutes long. There will be no interval. All screenings are drop in and are on a first come, first served basis. Please be advised, screenings may contain explicit language and content. Our full list of NVAP recordings can be found on the Archives page.