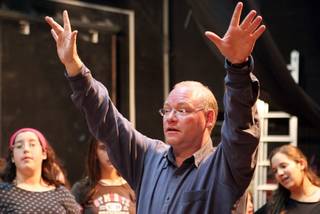 From the first Christmas song by a 12th-century Northumbrian hermit, through the earliest surviving Christmas carol of the mid-14th century, to the heyday of the carol in 15th-century England, Jeremy Summerly traces the early history of the world’s favourite musical genre with sung illustrations from the St Luke's Carollers of Chelsea.

Jeremy is a conductor and broadcaster, and Director of Music at St Peter's College, Oxford.