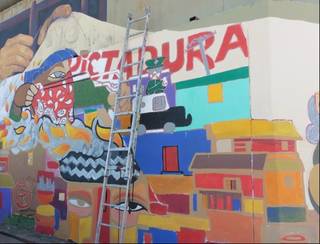 Join us for a film screening and roundtable discussion exploring the use of craftwork as a means of resistance, focusing on the experience of political prisoners during the military dictatorship of General Pinochet in Chile (1973-1990). ‘Crafting Resistance’, a film directed by Carmen Luz Parot and Gloria Miqueles, produced by Jasmine Gideon, will be screened as part of this event.

This Culture in Crisis event is programmed in collaboration with the Refugee Council.

In collaboration with Counterpoints Arts