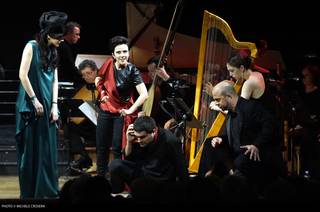 This concluding concert will be the only chance to catch a glimpse, in London, of the 'Monteverdi magic' that has wowed audiences and critics across Europe and the US. It will also celebrate 50 years since Sir John Eliot Gardiner first conducted at the V&A with his newly formed Monteverdi Choir to mark the Venetian master's 400th anniversary in 1967.

50 seated tickets will be released on Monday 20 November
100 additional, standing tickets will be available at a dedicated ticket desk in the Main Entrance of the Museum on Cromwell Road from 12 noon on the 15 December