Vast in scope – referring to both design processes and products for which digital technology is an essential element – broad in geography and highly complex, digital design has proved hard to define since its first beginnings in the 1960s.

In Part 1, we looked at digital design and connectivity, through the devices we use to talk to each other with the rise of the smartphone and the personal computer, and in the explosion of the social network and the promise of the networked device.

Continuing in an exploration of our collections and beyond, in Part 2 we move to play and our computer simulated environments, from the first videogames console to the creation of virtual reality. However, as digital design embeds itself in our world, how has this created new anxieties? And where are designers and artists pushing back?

Like many of these digital design objects, the history of videogames can fill many thousands of pages. In short, it all started with the Magnavox Odyssey. Created in 1972 by a team led by Ralph H. Baer at Sanders Associated and released in the United States (and two years later in the UK), it transformed the television from a place of broadcast into a space for interaction and play. The console's 28 on-board games were simple, consisting of a single line and up to three dots on a screen. One of the Magnavox Odyssey games went on to inspire Atari's first arcade game Pong (1972), which in turn drove sales of the Magnavox for those who wanted to bring their play home. Pong went on to inspire a social culture of play, leading to the creation of classics from Space Invaders (1978) to Pac-Man (1980), Tempest (1981) and Street Fighter 2 (1991).

Videogame consoles developed rapidly over time as new technologies changed how games could be designed. Self-taught engineer Gerald 'Jerry' Lawson led in the creation of the first interchangeable game cartridge, and the launch of the Fairchild Channel F machine in 1976, marked the moment when, for the first time, games did not have to be preloaded onto a machine. In 1983, the 8-bit Nintendo Entertainment System (NES) was released in Japan, reaching Europe three years later, and causing a home-entertainment sensation with games such as Metroid (1986), Super Mario Bros (1987) and The Legend of Zelda (1987). In the UK, other 8-bit gameplay was also occupying households. Clive Sinclair's 1982 ZX Spectrum microcomputer was never quite intended to be a games console, but quickly became the UK's at home favourite, closely followed by the BBC Micro. Best-selling titles, such as Manic Miner (1983), JetPac (1983) and Sabre Wulf (1984) show how designers and users sought to be creative with the new possibilities of computing.

Of the many consoles launched, from the Sega Mega Drive and Dreamcast, the Microsoft Xbox, to the Sony PlayStation, the Nintendo Gamecube to the N64, perhaps the most well known of all on-the-go games devices to hit the market is Nintendo's Game Boy. First released in Japan on 21 April 1989, it was the second handheld game console created by designer Gunpei Yokoi after the Game + Watch. The Game Boy enabled players to play anywhere, anytime, for as long as the batteries lasted. Prioritising battery life and quality gameplay over colour graphics, paid off – within the first two weeks of sales in Japan the entire stock sold out.

New consoles also meant new controllers. From the old-school joystick, first conceived for videogames by Ralph H. Baer and Bill Harrison in 1967 and popularised by the Atari 2600 in 1982, to the non-alphanumeric circle-square-triangle-cross of the Sony PlayStation controller designed by Teiyu Goto in 1994, and the role play of Guitar Hero's instrument-shaped offering (2005), there are many ways to play. That said, many of the functionalities of these devices renders gameplay inaccessible to many, either through the design of their buttons or through the form of the controller itself.

For many years, controllers have been adapted for and by disabled people, often by creating custom set-ups with multiple external larger buttons, or by bringing together handsfree controllers like the QuadStick, or joysticks to enable play. Organisations such as AbleGamers and SpecialEffect provide kit to many with the aim of finding solutions that work for them. In 2018, Microsoft released the Xbox Adaptive Controller, a controller for disabled users with two large programmable buttons that enabled custom configurations and was designed to fit into the company's existing product range. It was the first of this type released by a major games company. SpecialEffect have also created eye-tracking software EyeMine, which enables the playing of popular Sandbox game MineCraft using gaze-tracking without the need for a mouse or controller.

The history of virtual reality (VR) ranges from the early creation of 3D stereoscopic, sensory experiences, such as cinematographer Morton Heilig's 1956 Sensorama which viewers would step into in order to experience an immersive simulation (such as riding a motorbike), to the first virtual reality head mounted display (HMD), The Sword of Damocles created in 1968 by Ivan Sutherland and Bob Sproull. The Sword of Damocles, named after the ancient Greek parable about threat to those in power, was a bulky device showing simple, unstable wireframe images from a computer, but it set in motion the idea of fully realised virtual worlds. In 1995, Nintendo launched Virtual Boy, the first head-mounted console to display 3D graphics, and several years later in 2012, the Oculus Rift was launched as a crowd-funded Kickstarter project. The Oculus Rift, invented by Palmer Luckey, was developed as an inexpensive VR headset for gamers, and aimed to create the first fully immersive, stereoscopic view. Oculus Rift was acquired for $2 billion by Facebook in 2014, and new iterations have been used in gaming, film, sports, immersive media and even healthcare.

Augmented reality (AR), a term coined by Boeing researchers Tom Caudell and David Mizell in the 1990s, is a close sibling of virtual reality and followed on from Sutherland and Sproull's head-mounted experiments to provide an integrated layer of enhanced reality. AR originated from head-up displays (HUD) originally created for airspace and military application in the 1950s and 1960s, and was further developed in these fields as the technology enabled the addition of a layer of information over a user's normal field of vision. Virtual Fixtures, designed by Louis Rosenberg for the Unites States Airforce in 1992, was the first AR system, featuring an exoskeleton worn by a user who then guided assistive robot arms to complete a set of tasks.

In 2013, Google released Glass, a device, worn like a pair of glasses, part AR display and part life-logging device. Introduced as a new type of personal interface to the world, it was a product ahead of its time. Citing new development considerations, Google withdrew Glass from sale in January 2015. On launch, the device raised a number of privacy and safety concerns, including worries that users would use Glass while driving or record individuals unawares via the integrated camera. The HoloLens, released by Microsoft in 2016, is perhaps the most successful head-mounted AR device to date, but is used more for gaming and artistic endeavours than in everyday life.

The future of AR, which extends to mobile phones and any personal devices with a display and a world layered with information, does however also have potential drawbacks. Keiichi Matsuda's 2016 critical design film Hyper-Reality, for example, gives a glimpse at a possible future in which a woman's entire experience of life is controlled and mediated by an implanted hyper-corporatised, gamified AR interface.

With the development of new technologies, critical practitioners have always found a response to the social and political implications that their potential applications may bring. Notably, in the wake of Edward Snowden's National Security Agency leak in 2013, which brought heightened attention to the role of technology in contemporary society, many designers responded by challenging governmental surveillance structures and personal relationships to devices. The Onion Pi by Adafruit Industries is a do-it-yourself kit that uses the Raspberry Pi, a low-cost single circuit board computer, and the Tor network, free open-source software for enabling anonymous communication, to create secure and private internet browsing away from the prying eyes of others.

Adam Harvey's Off Pocket enables users to create a Faraday cage for their mobile device by taking it entirely offline. Placing it in the sleek black sleeve simultaneously keeps the device secure and also gives a moment of calm away from today's data rich, notification-driven world. Pushing back against the attention economy, is key to Jasper Morrison's 'featureless' Punkt MP01 phone, released in 2015. The small-screened device has only a limited set of options – message, call or store numbers.

In collecting digital design, the V&A aims to reflect meaningfully and critically on the role of technology in society and how this is shaped by design, and to explore multiple perspectives and histories and to provide opportunities to think about how we live with technology. 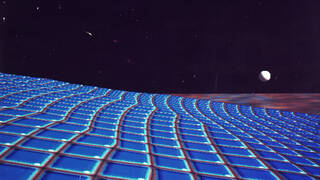