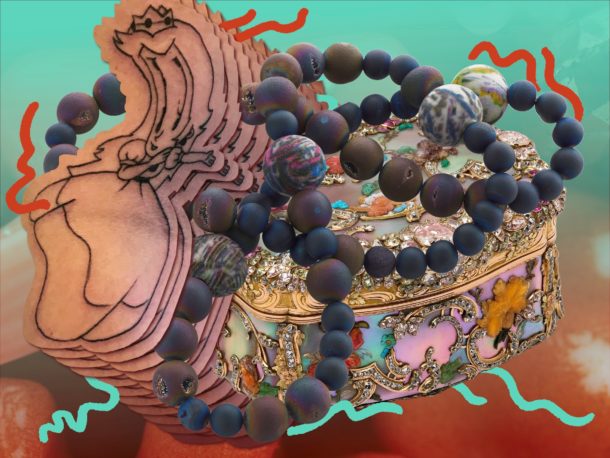 TAT TOO MUCH! began as a spark of an idea, brought to us by our Gilbert Collection Resident Silvia Weidenbach. What would happen if we brought together the expertise of Beatriz Chadour-Sampson, Independent Curator and Jewellery Historian, Torsten Illner, Tatto Artist and Rita Lass, Book Artist. Here Beatriz gives her insight into the discussion highlighting the creative interplay between ornament, adornment, jewellery and tattoos.

TAT TOO MUCH! – what a fascinating topic and even more so through Silvia’s multidisciplinary and collaborative thinking which generated a lively discussion with tattoo artist Torsten Illner from Halle, Germany, V&A jewellery historian Beatriz Chadour- Sampson and a large participative audience. A myriad of questions led to an animated debate about ornament and adornment.

Since time immemorial mankind has had the desire for body adornment, transcending cultural borders around the world. The form of expression, however, depended on available materials, skill and craftsmanship. In its origins jewellery was made from materials taken from nature, then metals and gemstones were discovered. In the 20th and 21st century new materials were constantly being developed and today the advances of modern technology are creating new forms of expressions. And the story surrounding tattoos is older than many of us are aware of. Jewellery and tattoos have more in common than we realise, in the panel discussion these forms of adornment were explored, in history and today.

Amazingly it was revealed that changes in society going as far back as the 17th century and in about 1900 were similarly reflected in both jewellery fashions and the choice of tattoo motifs. The starting point of jewellery and tattoos is the wish to ornament the body. Both have a narrative which is either personal to the wearer, or is intended to send out a message for the viewer. The image of the tattoo – or the symbolism of a jewel expressed through motif or symbolic meaning of a gemstone are analogous, and share the same role – over centuries. It is all about ornamentation and artistic expression of the jeweller, goldsmith or tattoo artist. 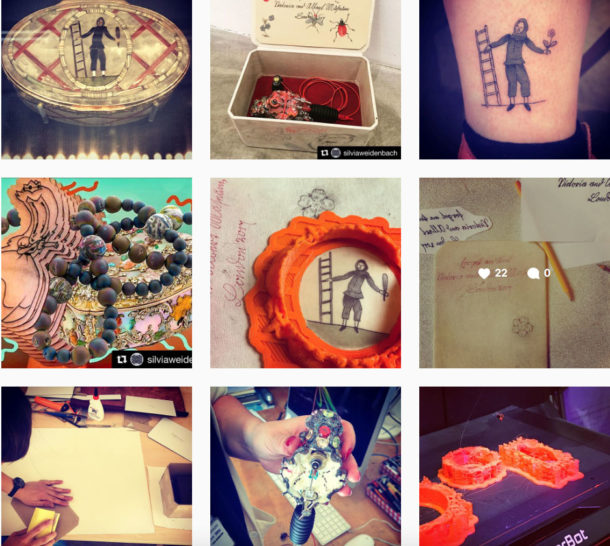 The main difference of a tattoo or jewel is the issue of permanence. A jewel is attached to the clothing or loosely to the body and can be melted down, remodelled to follow new styles and fashions or even be discarded. The jewel is an object with a tangible value, made of precious or less precious materials. Whereas the tattoo requires a tool and a material with relatively low monetary value – indelible ink, dyes and pigments, even if the actual artistry can be expensive. The tattoo though once applied into the skin’s dermis is permanent, the decision taken by the person wishing to have a tattoo is almost irreversible and the tattoo artist is therefore left with a greater responsibility during the act of crafting. 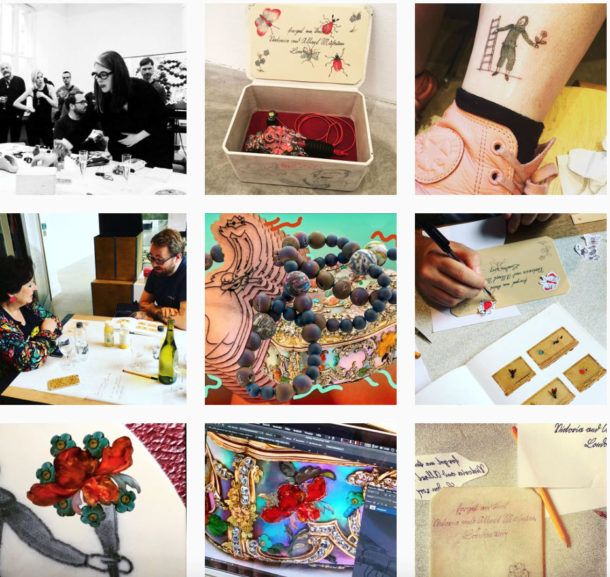 Inspired by the conceptual and visual overlapping of tattoos and jewellery as forms of adornment, the audience were given an “artistically” constructed tattoo machine and could explore the physicality of the needle and ability of expression, but not on skin, or a human – instead on a beautifully crafted leather-bound box made by Rita Lass in keeping with the tradition of the gold boxes in the Gilbert Collection.

We would like thank our colleagues in Conservation, Anne Bancroft, Senior Book Binder, Nigel Bamforth, Senior Furniture Conservator and Zoe Allen, Head of Furniture Conservation Studio. Their generosity in the week preceding Tat Too much! led to the production by Rita Lass of the leather bound box that now houses the tattoo machine.

Special thanks to Georgina Goodman, Shoe Designer for the leather slippers, now beautifully adorned by tattoos and her team who contributed to the discussions on the day.

During London Design Festival 2017, based at the V&A, you will be able to feast your eyes on the delectable delights of Silvia Weidenbach’s jewellery, shown amongst a buffet of delicious works from the Gilbert Collection. Have your cake and eat it too: Silvia Weidenbach in the Gilbert Galleries will be on display from 16 – 24 September, in The Rosalinde and Arthur Gilbert Galleries, Gallery 72, Level 3.

Silvia will also be in conversation with fellow jeweller Christopher Thompson Royds and V&A Gilbert Curator Charlotte Johnson discussing her display Have your cake and eat it too, in The Rosalinde and Arthur Gilbert Galleries at 12.15pm Saturday 16 September.

Silvia will also be giving a Lunchtime Lecture on 15 November 2017 in the V&A’s Lecture Theatre. Finally, Silvia will have Open studios in her studio in the Sackler Centre for art education, V&A. Here you can meet the artist and hear about performances and collaborations she has embarked on during her residency and about her display Have your cake and eat it too in place from 16 – 24 September at the V&A. Open Studio dates can be found here: https://www.vam.ac.uk/whatson/search?utf8=%E2%9C%93&woq=silvia&commit=Search

Supported by the Rosalinde and Arthur Gilbert Collection

It is a good idea to know what you want before you go in. That way no hasty decisions will be made. Get your tattoo from our Ace Tattooz & Art Studio. Ace Tattooz also deals in piercings, Paintings, creative designing & we also have a Tattoo training Institute where we train new & aspiring artists to follow their dreams.