The Gothic style first appeared in the early 12th century in northern France and rapidly spread beyond its origins in architecture to sculpture, textiles and painting, including frescoes, stained glass and illuminated manuscripts. Characterised by sophistication and power, these new Gothic forms were embraced by monarchies, the church and a growing bourgeois class throughout Europe, with versions of the style still in use as late as the 1550s. 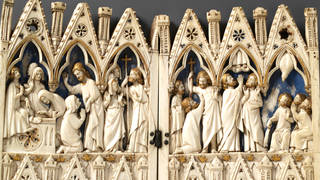 The Gothic style – an introduction

Discover the key characteristics of this 'barbaric' design style 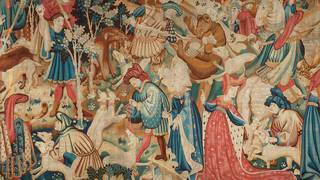 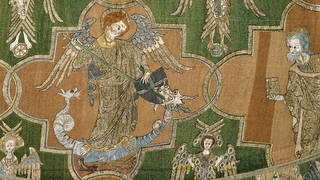 Explore the beautiful imagery of the Syon Cope, embroidered in coloured silk and silver threads

Peering out from the stitched designs of English medieval embroideries are lifelike animals, alongside fantastical creatures drawn from mythology and the imagination. 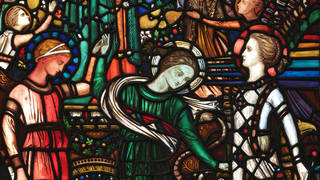 Stained glass: the Gothic Revival and beyond