Traditionalist, provocateur, utterly contemporary: Vivienne Westwood is one of British fashion's most famous – and most contradictory – designers. The woman who helped create punk has now clocked up over four decades on the cutting edge, and produced some of modern style's most recognisable looks, many of which are represented in our collections.

Read more Read less
The V&A's fashion collection holds garments from some of the most influential periods in Westwood's career. These include exuberant footwear designs, bondage outfits and provocative T-shirts from the punk years; mould-breaking garments from important 1980s collections such as Pirates, Buffalo Girls and Witches; and outfits from the 1990s that demonstrate Westwood's signature reinvention of historical styles. 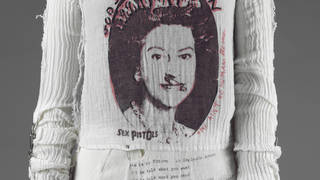 Track the development of Westwood's truly unique career in fashion – from the edgy printed T-shirts of the punk years, to sumptuous ballgowns 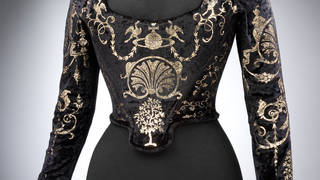 Vivienne Westwood: a taste for the past 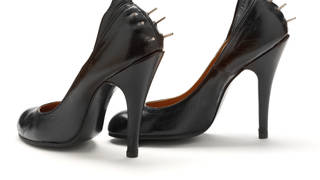 Enjoy a selection of Westwood's memorable footwear, from the stilettos of the punk era to the supermodel-toppling platforms of the early '90s 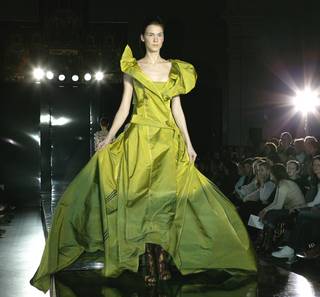