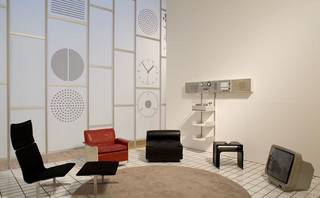 Oliver Grabes became Braun’s Head of Design in 2009 following a lifelong admiration for Dieter Rams, the company’s Chief Design Officer from 1961-95. Oliver previously worked for the likes of AT&T, Boeing, Bosch, General Electric, Microsoft, Sony, Nike and others, and is also a Professor of Industrial Design at the University of Wuppertal, which has one of the highest-ranked ID programs in Germany.