Ray Winkler, CEO of Stufish Entertainment Architects, works at the intersection of architecture and performance. Join him to learn how pioneering rock shows are staged and toured – from initial idea to final production 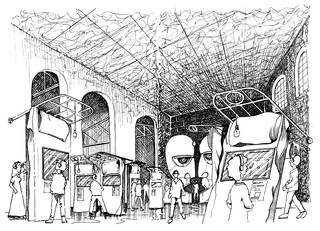 Ray Winkler has spent 20 years designing theatrical projects, live touring shows and spectacular one-off productions including the London 2012 handover at the Beijing 2008 Olympics closing ceremony. He has worked with some of the biggest names in popular entertainment, including Pink Floyd, U2, The Rolling Stones, Robbie Williams and Cirque du Soleil.

Ray Winkler, CEO of Stufish Entertainment Architects, will be in conversation with Victoria Broackes, Head of London Design Festival at the V&A.