Ministry of Culture, Sports and Tourism of Korea Partnership

In June 2020, the V&A announced a landmark partnership with the Ministry of Culture, Sports and Tourism of Korea. The five-year partnership and a major grant will enable the redevelopment of the museum's Korean Gallery, as well as support an expansion in future programming dedicated to contemporary Korean culture.

Plans for the next five years also include additional resources to raise awareness of Korean culture across the museum's programming, including an Artist in Residency, a series of publications, and new learning programmes, such as conferences and family activities. Leading creatives from Korea will also have the opportunity to showcase their work to our audiences through existing and popular events including Fashion in Motion and Friday Late.

This project represents one of our most ambitious international partnerships to date. This landmark initiative enables us to celebrate the diversity of our collections, foster international dialogue and exchange, and introduce new audiences to Korean cultural history. 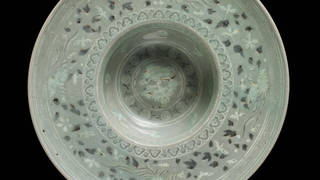 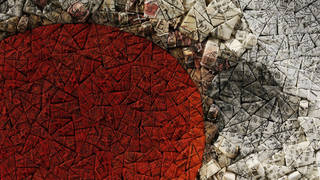 Korea at the V&A

The V&A has been displaying Korean art since 1914, beginning with the exhibition of Aubrey Le Blond's famed collection of ceramics. In 1918, his loan to the Museum was transformed into a gift in recognition of the newly published V&A catalogue dedicated to his collection. In 1961, the V&A inaugurated The National Art Treasures of Korea – the first exhibition of its kind to be held in Europe. Organised by Dr. Kim Jae-Won, the first Director of the National Museum of Korea (1909 – 1990), and coordinated by the British connoisseur of Korean art Godfrey St. G. M. Gompertz (1904 – 1992), the seminal show offered an impressive display of 152 works representing the finest achievements of Korean art. More recently, the V&A presented Contemporary Korean Ceramics from May 2017 to February 2018 – a display highlighting the rich diversity of contemporary studio ceramic practices in Korea.

A variety of activities and public programmes have taken place at the V&A, showcasing traditional and contemporary Korean culture. In 2013, a Friday Late on the theme of Ogam (five senses) explored the dynamic Korean contemporary art and design scene, where tradition, pop-culture and technological innovation collide and cross-pollinate. The following year, the Museum celebrated the Mid-Autumn Festival with a large Chuseok Korean Family Day. This free event offered a wide range of activities and performances for families to engage with, including traditional Korean costume, storytelling, musical performances, family games and a drop-in design activity. Since then, Chuseok costume and storytelling family events are regularly held at the Museum.

The V&A welcomed Kang Yiyun as the Samsung Korean Digital Artist in Residence in 2015/16, followed by Korean ceramic artist Kim Juree and British artist Neil Brownsword who shared the Artist in Residence in 2017/18 as part of the UK/Korea season. During the same season, the Museum also collaborated with the Korean Craft and Design Foundation on a two-week professional development programme for emerging Korean jewellery designers.

The V&A has partnered with the Korea Foundation on their Global Challengers Programme since 2013, inviting every year a young Korean graduate or professional for an internship at the Museum to gain experience working with its Korean collection.

Notable is the 2013 bilingual English-Korean catalogue Korean Art Collection: Victoria and Albert Museum by V&A Publishing and National Research Institute for Cultural Heritage of Korea (NRICH) with an introduction by Dr Rosalie Kim. 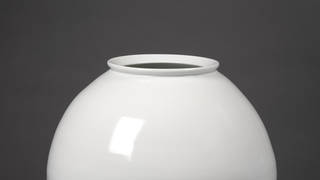 We have been sending touring exhibitions to Korea for over 10 years. Recent highlights include Winnie the Pooh: Exploring a Classic showing at SOMA in Seoul in 2019; Jameel Prize 4 touring to the Asia Cultural Centre in Gwangju in 2017; Owen Jones: Islamic Design, Discovery and Vision shown at the Aram Art Gallery in Goyang in 2012; Princely Treasures: European Masterpieces 1600-1800 from the Victoria and Albert Museum presented at the National Museum of Korea in Seoulin 2011, and World Ceramics: Masterpieces from the V&A at the Korea Foundation Cultural Center in Seoul in 2008.