Prix Pictet is a global prize that aims to highlight sustainability and environmental issues through photography.

Founded by the Pictet Group in 2008, the Prix Pictet prize is awarded to the photographer who has produced a series of work that is both artistically outstanding and presents a compelling narrative related to the theme of the award.

Photographers are nominated by a group of leading experts – critics, curators, journalists and gallerists – who each propose between two and five photographers for consideration by an independent jury. Each cycle of the Prix Pictet tours the world, bringing the work of the shortlisted photographers before a wide international audience.

Twelve photographers are shortlisted for the prize and the winner has their work exhibited in the V&A's Porter Gallery. 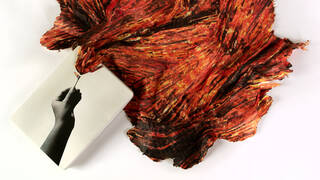 The theme for 2021's prize was 'Fire'. Winner Sally Mann received the prize for her series Blackwater. 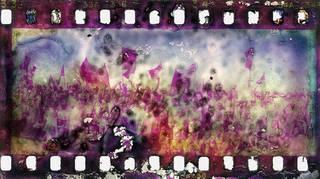 The theme for the prize in 2019 was 'Hope'. The winner, Ivorian photographer Joana Choumali, received the eighth Prix Pictet for her series Ça va aller (it will be ok).

You can explore the 'Hope' exhibition online on the Prix Pictet website. 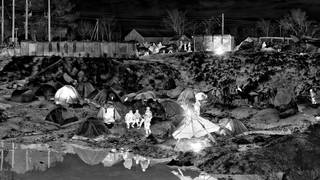 The theme for the 2017 cycle was 'Space'. Of the twelve photographers shortlisted, Richard Mosse was announced as the winner of the prize for his series Heat Maps.